All of them women 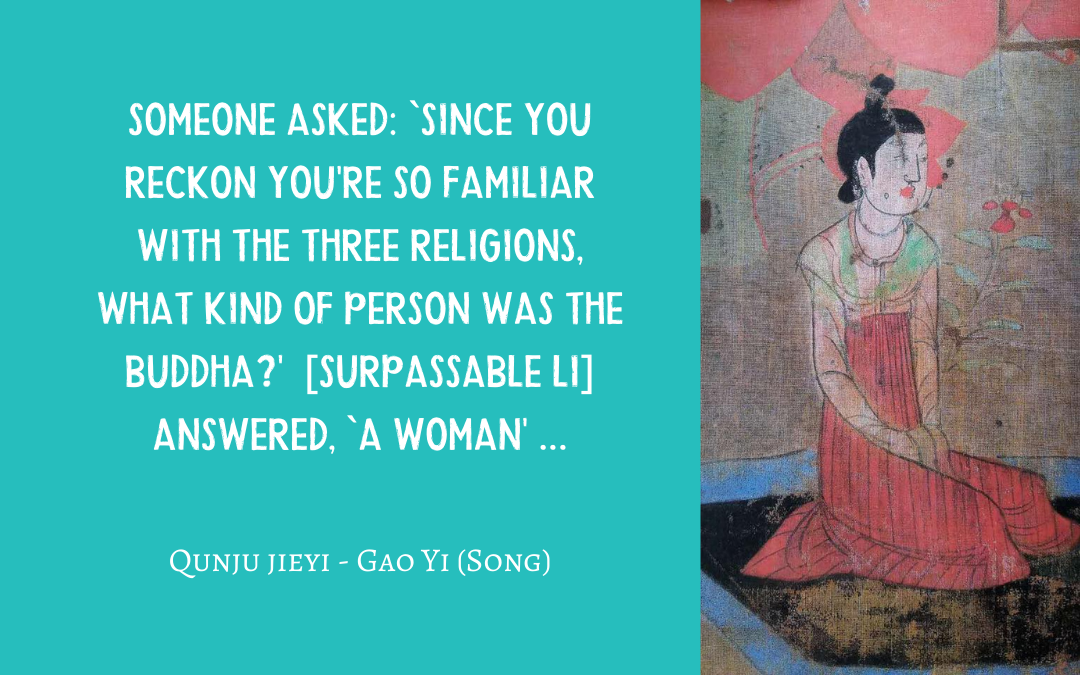 There’s a raft of stories of Chinese jesters taking a pot-shot at religion and its preachers, though they were scrupulously even-handed in their scoffing.  A jester to the Tang dynasty Emperor Yizong 唐懿宗 (r. 859-73), Li Keji 李可及 (Attainable or Surpassable Li), affirms this.  It was said of him that while not very good at using humour for corrective purposes, he was unsurpassable when it came to quick wit and jocularity. 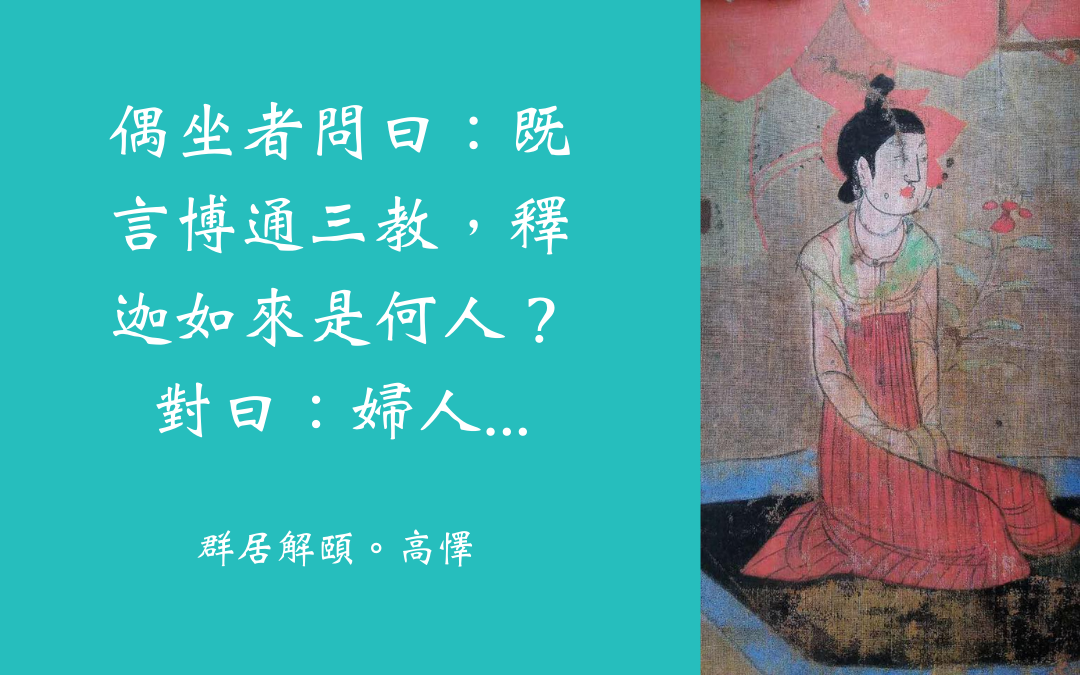 By means of apposite quotation and deft misinterpretation he managed to prove that Sakyamuni, Laozi and Confucius were all women:

Someone asked: `Since you reckon you’re so familiar with the three religions, what kind of person was the Buddha?’  [Surpassable Li] answered, `A woman’.  The man who had asked was astonished and said, `How can that be?’  He answered, `The Diamond Sutra says, Buddha “fu zuo er zuo” [laid out a seat and then sat on it].  If Buddha wasn’t a woman why would it mention her husband and then her son sitting down [fu zuo… er zuo]?’  The emperor smiled.  He was then asked, `And what kind of person was Laozi?’  He replied, `Also a woman’.  The person asking was even more baffled, so Attainable Li explained, `The Way and its Power says “My one big worry is that I you shen [have a body], if I had no body, I would have no worries”.  If Laozi wasn’t a woman why would she worry about being pregnant [you shen]?’  The emperor was very pleased.  He was then asked what kind of person Confucius was, and again he said, `A woman’.  His interlocutor said, `How d’you figure that out?’ and he answered, `The Analects say “Who will buy?  I’m dai jia [waiting for a buyer]!”  If Confucius wasn’t a woman why would she be about to take a husband [dai jia]?’  The emperor was absolutely delighted and rewarded him generously.