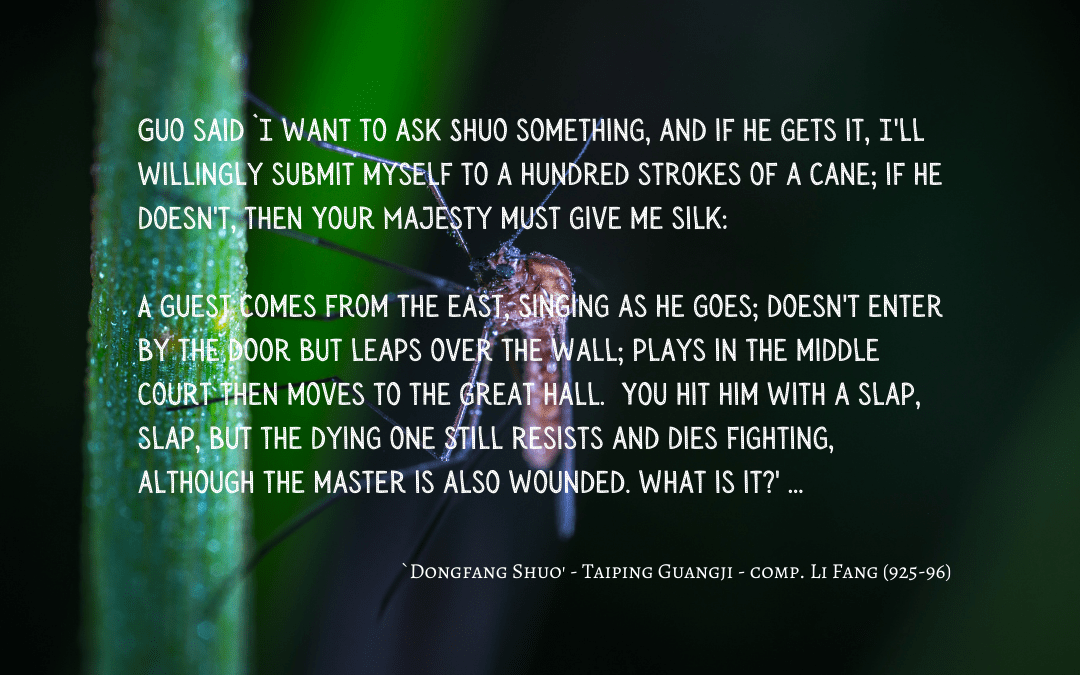 At the court of the Emperor Han Wudi 漢武帝 (r. 141-87 BCE), two jesters would regularly fire off riddles at each other in front of the emperor.  On one occasion, Guo Sheren (郭舍人) offered to submit himself to a beating if he didn’t manage to out-wit Dongfang Shuo 東方朔 (c. 160 – c. 93 BCE).  This wasn’t the first time he made such a rash proposal and he was again bested. 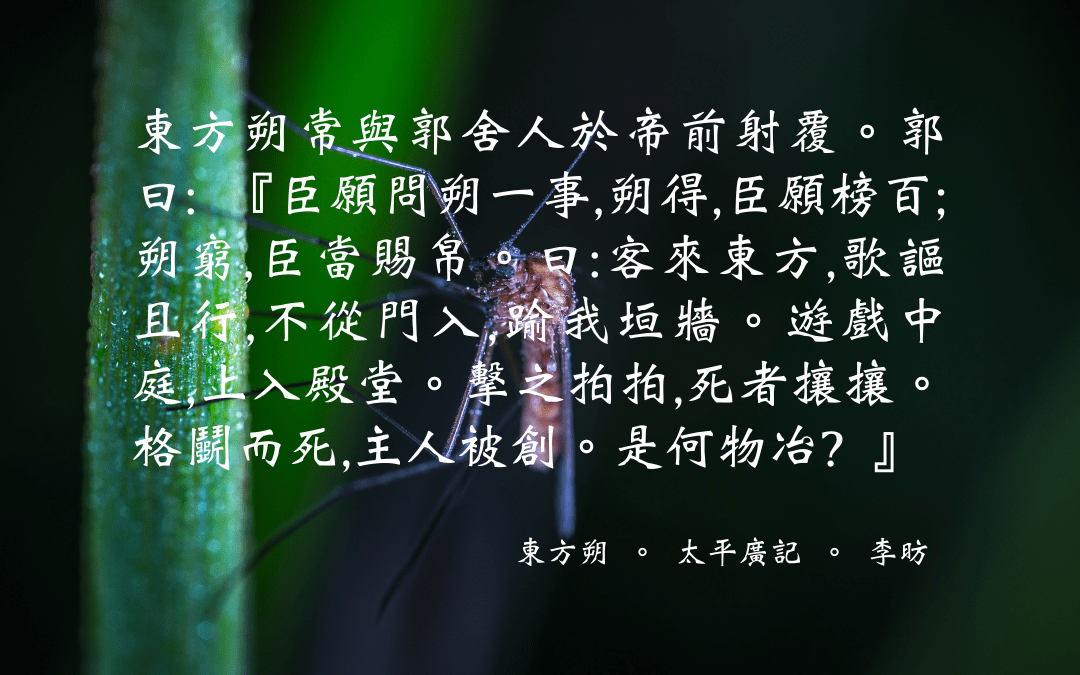 Guo said `I want to ask Shuo something, and if he gets it, I’ll willingly submit myself to a hundred strokes of a cane; if he doesn’t, then Your Majesty must give me silk: “A guest comes from the east, singing as he goes; doesn’t enter by the door but leaps over the wall; plays in the middle court then moves to the great hall.  You hit him with a slap, slap, but the dying one still resists and dies fighting, although the master is also wounded” – what is it?’  Shuo said, `A long beak and a thin body, it hides in the daytime and walks at night, loves meat, hates smoke, and is often swotted; I, Shuo, in my foolishness say it’s a mosquito.  Guo has lost, so he should pull down his trousers again’.