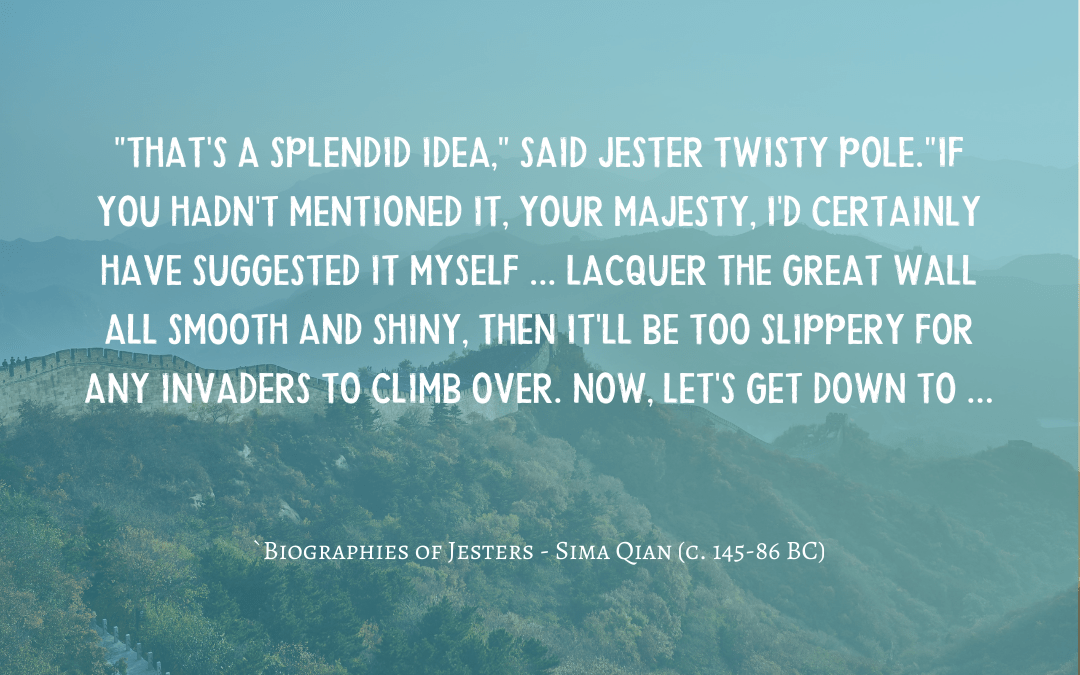 When Er Shi Huangdi 二世皇帝 (r. 209-207 BCE), the second (and last) emperor of the Qin dynasty, came to the throne, he decided to lacquer the Great Wall.  The dwarf jester You Zhan 優旃 (Jester Twisty Pole) used the reductio ad absurdum technique to dissuade him.  This is a regular method used by jesters to change behaviour in the ruler – don’t oppose them, just agree with them to such a degree that they come to see the absurdity of their idea for themselves. 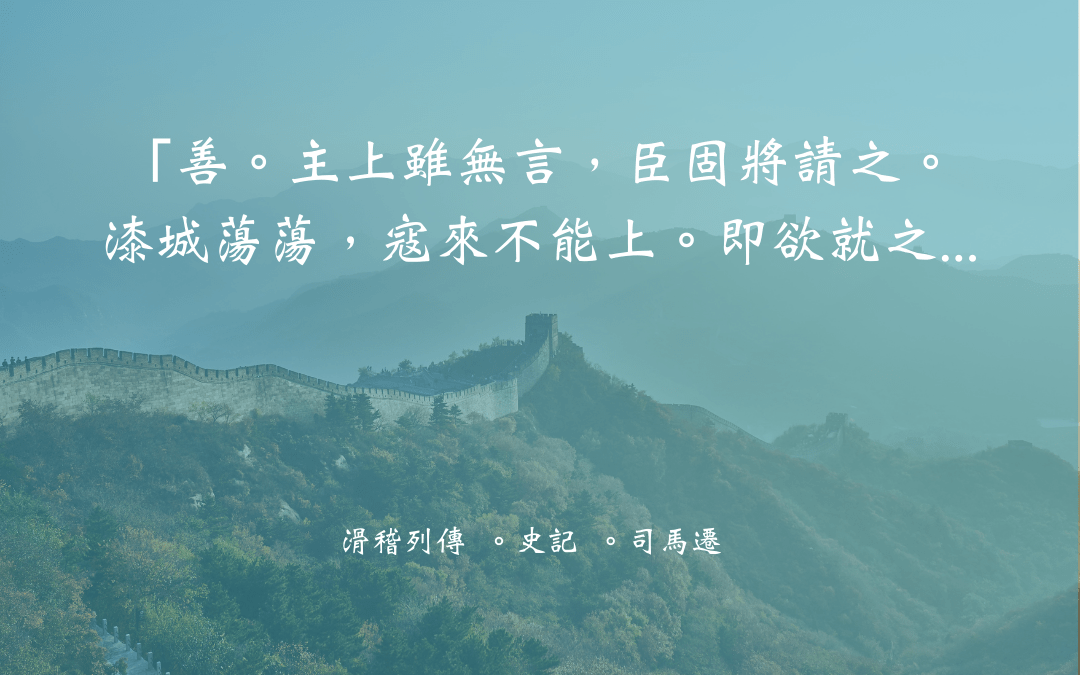 The story was so well known that well over 1,000 years later it was cited as a reference point for a jester using humour to change a ruler’s behaviour.

“That’s a splendid idea,” said Jester Twisty Pole.  “If you hadn’t mentioned it, Your Majesty, I’d certainly have suggested it myself.  It might mean an awful lot of toil and trouble for the ordinary people, but all the same it’s a magnificent project.  Lacquer the Great Wall all smooth and shiny, then it’ll be too slippery for any invaders to climb over.  Now, let’s get down to the practical side of the job.  The lacquering’s easy enough, but building the drying room may present a problem or two.”  The Second Emperor burst out laughing and shelved his project.