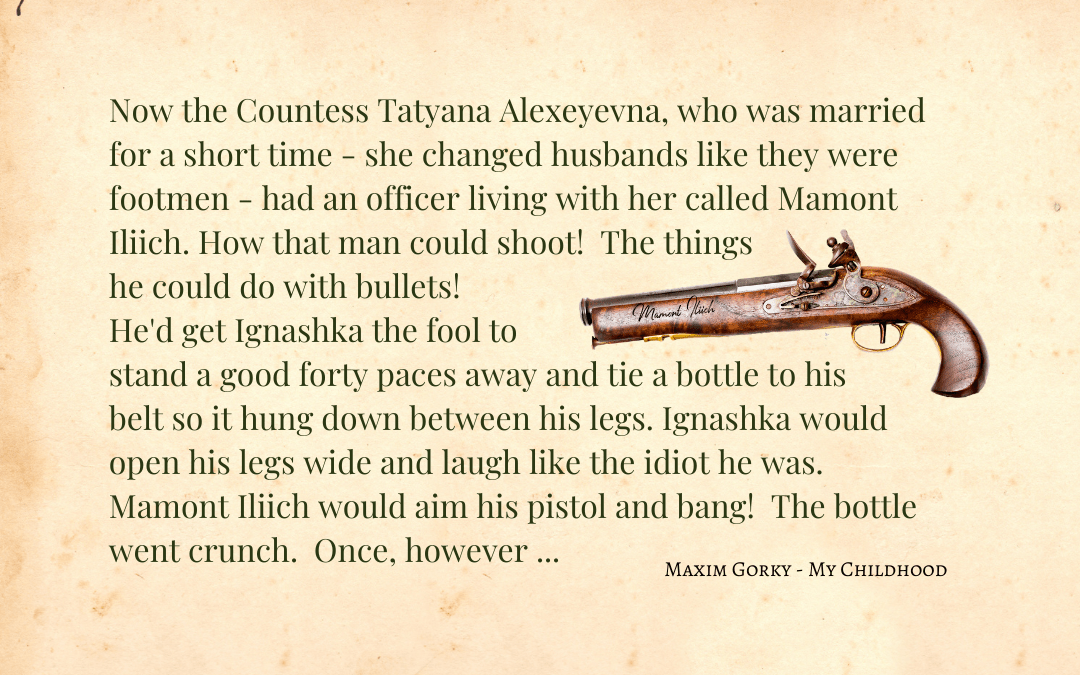 One of the fun things about walking around with a radar permanently programmed to scan the world for fools is the random pleasure of stumbling upon them in unexpected places.  Having noted a reference to a household fool in Tolstoy’s War and Peace, I enjoyed making the acquaintance of Ignashka, a recognised fool described in Gorky’s autobiography My Childhood.

Ignashka displays an astonishing resilience, a quality regularly associated with fools, and this makes what would otherwise be a tragic and avoidable injury into a comic tale to entertain people.  In with the blithely dismissive comments regarding a fool’s need for limbs, note the reference to a proverbial axiom, namely that the fool cannot give offence, already articulated as early as the 7th century BCE.

‘What a hopeless shot!  Now the Countess Tatyana Alexeyevna, who was married for a short time – she changed husbands like they were footmen – had an officer living with her called Mamont Iliich.  How that man could shoot!  The things he could do with bullets!  He’d get Ignashka the fool to stand a good forty paces away and tie a bottle to his belt so it hung down between his legs. Ignashka would open his legs wide and laugh like the idiot he was.  Mamont Iliich would aim his pistol and bang!  The bottle went crunch.  Once, however, a horsefly bit Ignashka and made him jump, so the bullet hit him on the knee cap.  They called a doctor, and off came the leg before you could say knife.  They buried the leg …’

‘Oh, he was all right.  An idiot doesn’t need legs or arms and lives through his stupidity.  Nobody minds an idiot, they’re quite harmless.  You know the saying, “From a fool there’s no offence”.’

Given that this is a memoir rather than fiction, it may even be that Ignashka really existed and the event took place, though I have erred on the side of caution in tagging him as a ‘fictive fool’.  Similarly, it is impossible to tell from the context whether he may have been a fool in the household of the Countess mentioned, or just a local character who had no qualms stepping in the path of a skilled marksman. 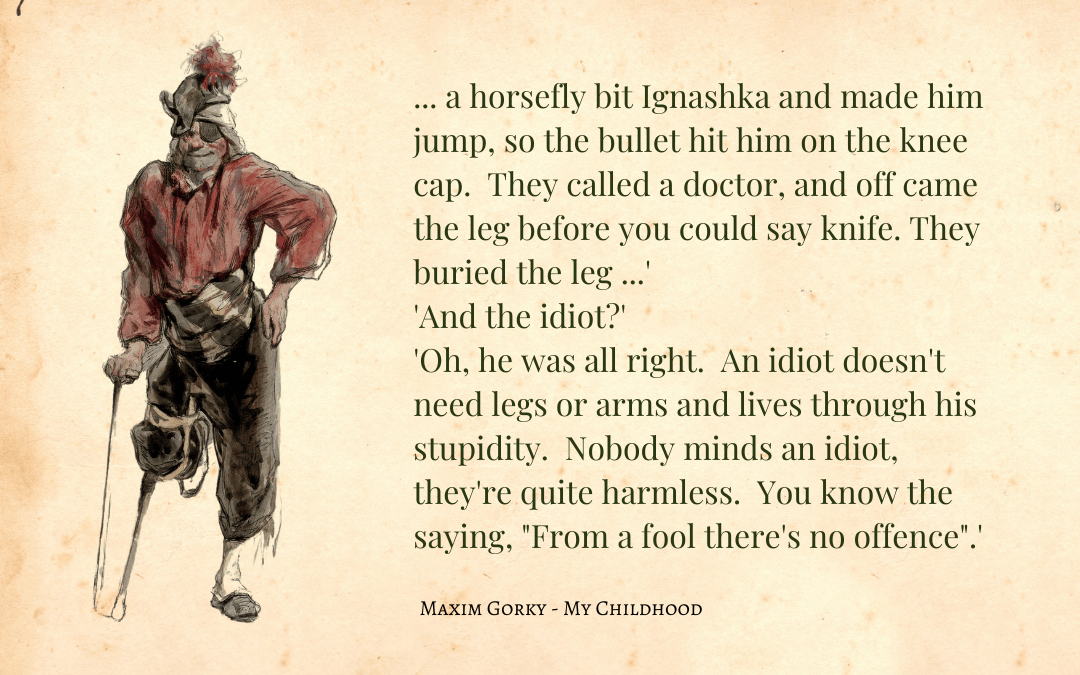