A guess and a riddle 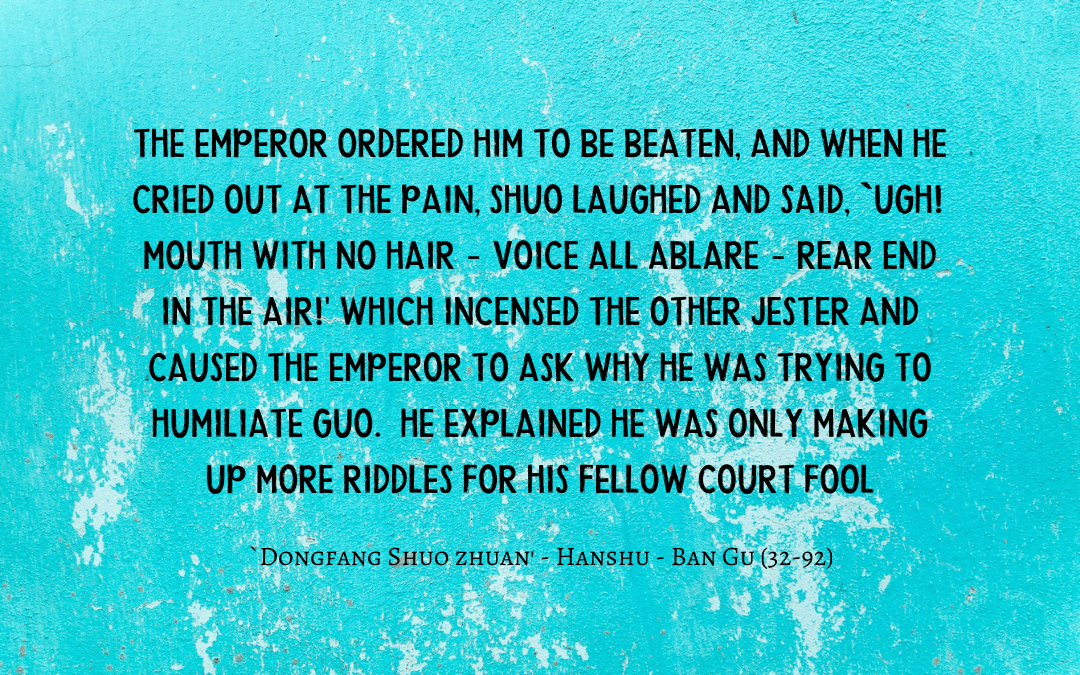 The jester Guo Sheren 郭舍人 enjoyed great favour with Emperor Han Wudi 漢武帝 (r. 141-87 BCE), due to what Burton Watson called his ‘never-ending fund of waggery’, and he was always at the Emperor’s side.  He seems to have regularly engaged in riddles with Dongfang Shuo 東方朔 (c. 160 – c. 93 BCE), and on this occasion, he gave Shuo a `guess what’s under it’ challenge, in which something hidden under a cup had to be guessed at. 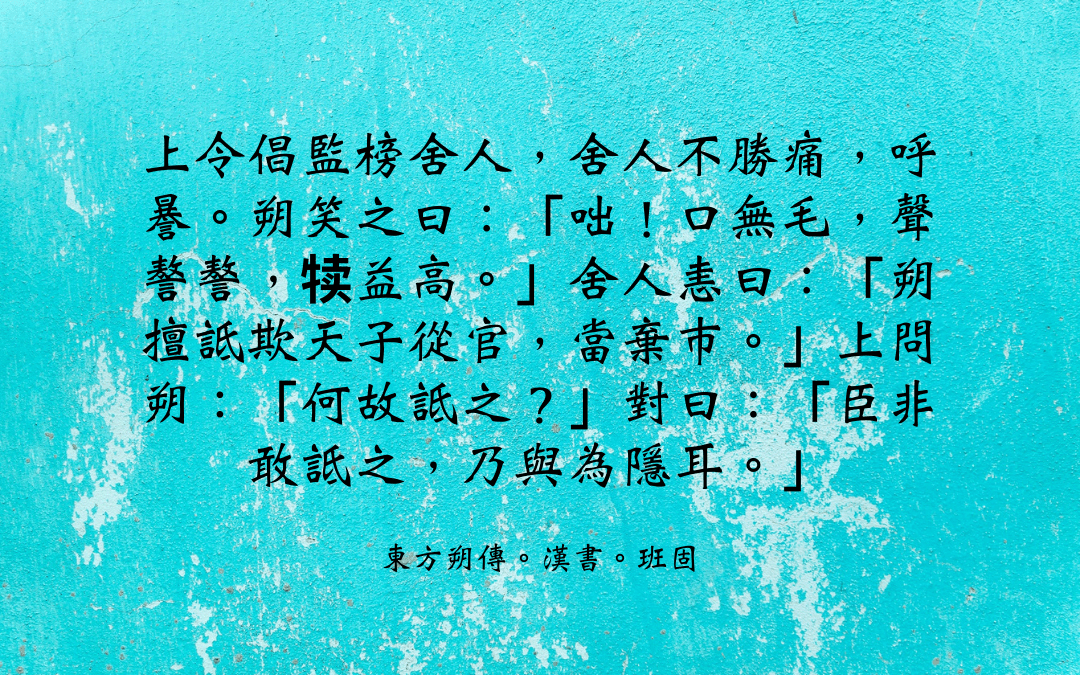 In one account of their exchanges, we saw Guo Sheren so confident that Dongfang Shuo wouldn’t be able to guess his riddle that he offered himself for 100 strokes of a cane if he lost (and 100 bolts of silk as reward if he won).  Here he makes the same rash offer and again loses.

The emperor ordered him to be beaten, and when he cried out at the pain, Shuo laughed and said, `Ugh!  Mouth with no hair – voice all ablare – rear end in the air!’ which incensed the other jester and caused the emperor to ask why he was trying to humiliate Guo.

With the jester’s feigned disingenuousness (a common technique for avoiding trouble), he explained he was only making up more riddles for his fellow court fool.  The `mouth with no hair’ referred to a canine equivalent of a cat-flap, `voice all ablare’ to baby birds chirping for more food, while `rear end in the air’ was simply a crane with its head to the floor pecking the ground.

To Guo Sheren’s credit, he refused to give in, instead insisting on giving Shuo more riddles.