A catch for a king 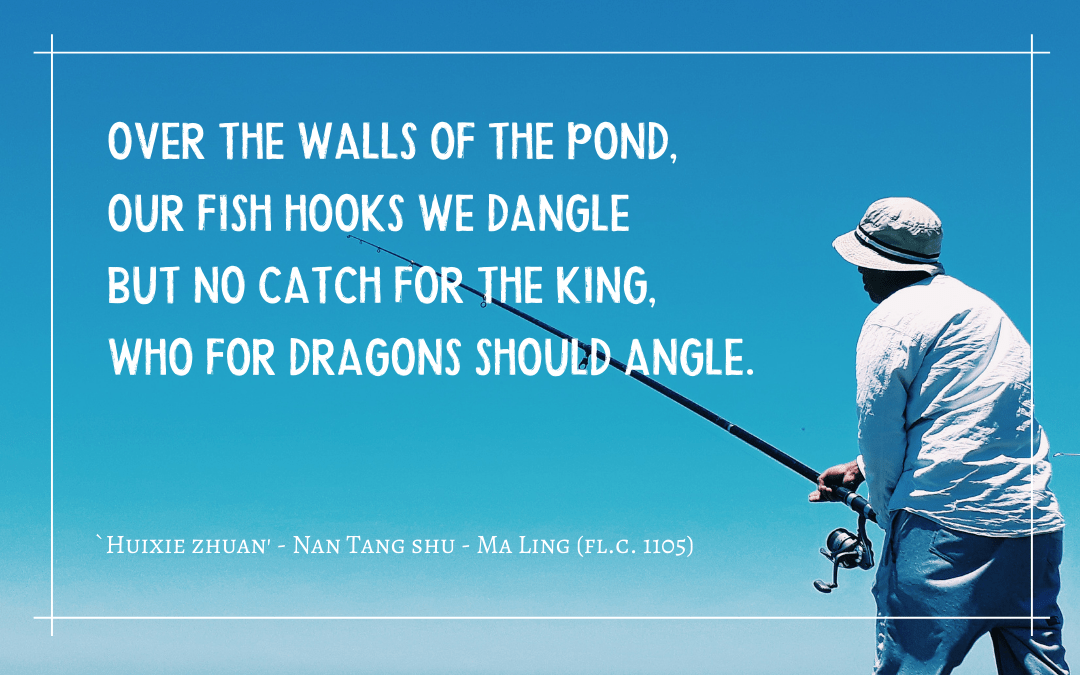 The jester’s quiver of skills could include poetry, or at least verse.  There is evidence of overlap between bards and jesters, and there are accounts of jesters engaged in verse-capping – finishing off someone else’s couplets with something funny or outrageous.   In some cases, the verse can be serious, as when Li Jiaming 李家明 (Adding Clarity Li) shamed the emperor by reminding him of territories he had lost. 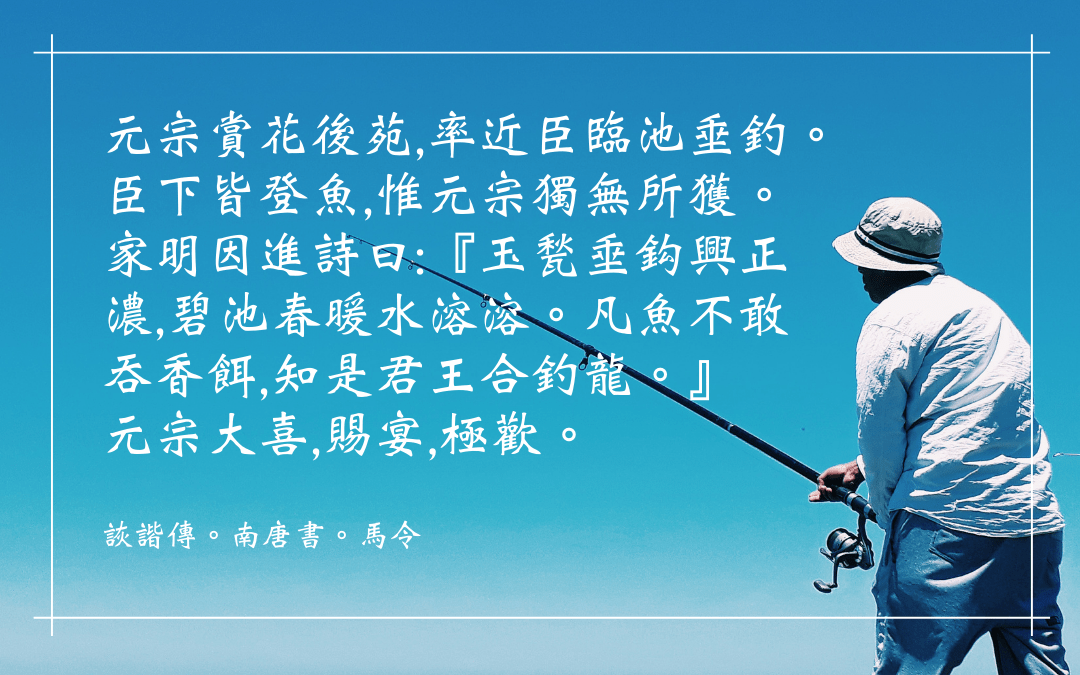 However, on this happier occasion, Adding Clarity used his skills to cheer up the emperor, another vital function of the jester.  Nan Tang Yuanzong 南唐元宗 (r. 943-61) invited his close ministers to go fishing and between them they caught dozens of fish.  Only the emperor failed to catch anything, and so Adding Clarity made up a ditty about it, describing the peaceful scene of dangling hooks in the gentle water, all in high spirits, and then explaining the emperor’s lack of a catch as simply due to the fish themselves knowing that kings should only catch dragons, and so not daring to take his fragrant bait.

Over the walls of the pond, our fish hooks we dangle

But no fish for the king, who for dragons should angle.

`The emperor was delighted and rewarded them all with a banquet, and there was great merriment.’