Fools Are Everywhere in the Ideal Library 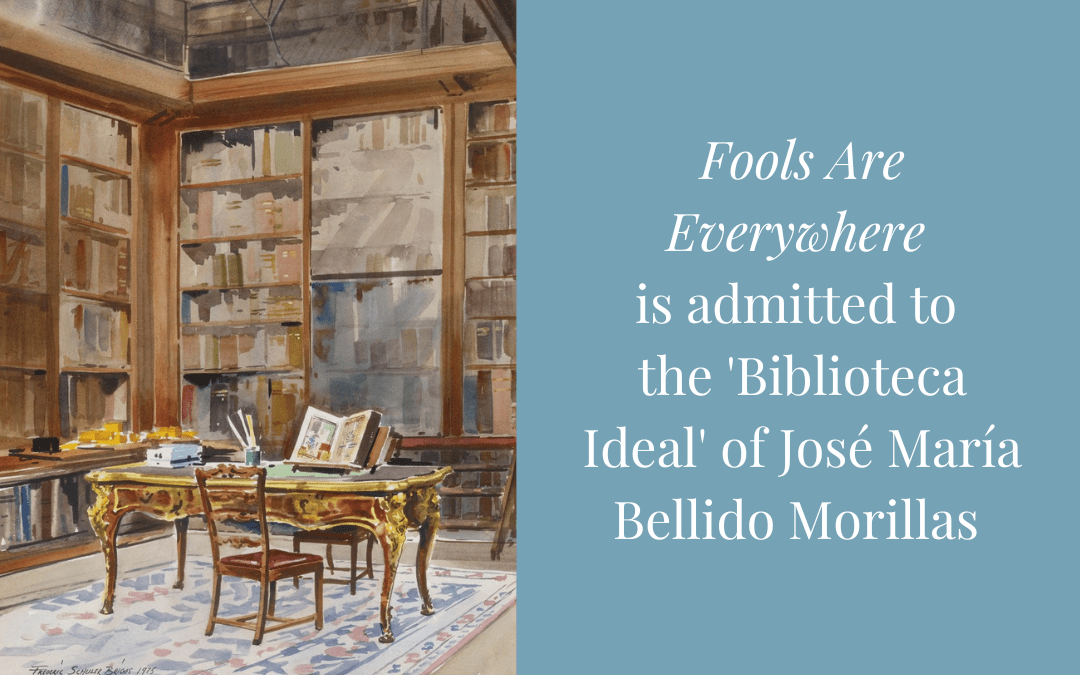 Fools Are Everywhere has had a few pretty enthusiastic reviews over the years, but this is the first one by video, and we are honoured to be included in ‘La Biblioteca Ideal’ (The Ideal Library) of José María Bellido Morillas.  This is a lively review (in Spanish), and I liked the criticisms almost as much as the praise.

If there are any infelicities in how I write Spanish names, it’s because my sources were, indeed, Anglo-Saxon.  As always, any errors pointed out to me can at least be corrected in the original text and online, if not in the already printed book.

As for my full name, it may again be an Anglo-Saxon quirk to feature a middle initial – in my case to avoid confusion with another person of the same first and last name.  Never was there an intention to make a secret of it, but for fun I might just send a few fools’ postcards to the first person who writes me a nice message with a correct rendition of that K-initialled mystery name.