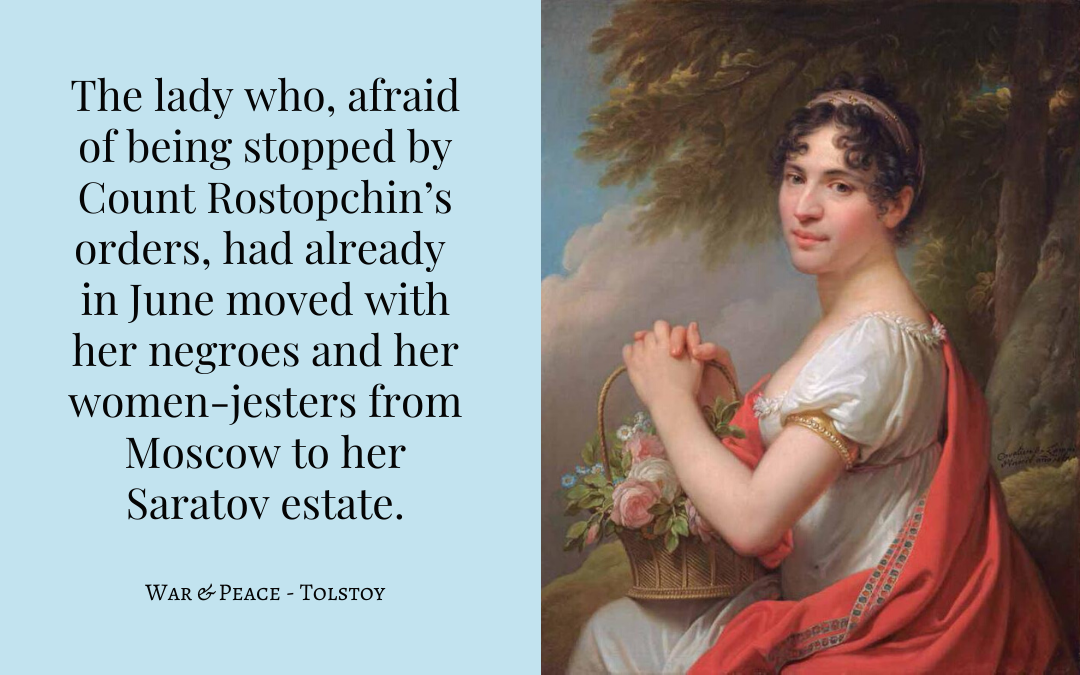 GAP MAP:  A gaping hole in our knowledge of jesters, at least in materials available in European languages, concerns examples from Russia. It would do a great service to foolology (fool studies) if a Russian scholar were to dive in and see if they can find more.

In the meantime, I share them as I find them, including literary references.  This one is a passing comment in Tolstoy’s War and Peace, in which an aristocratic lady decamps from Moscow with her entourage, which specifically mentions female jesters.  See another female buffoon, also in War and Peace, who gives a nonsense response to an unanswerable question.

In addition, I liked this lively account of a fool in Gorky’s childhood memoirs.

The lady who, afraid of being stopped by Count Rostopchin’s orders, had already in June moved with her negroes and her women-jesters from Moscow to her Saratov estate.