Wit as quick as a flash 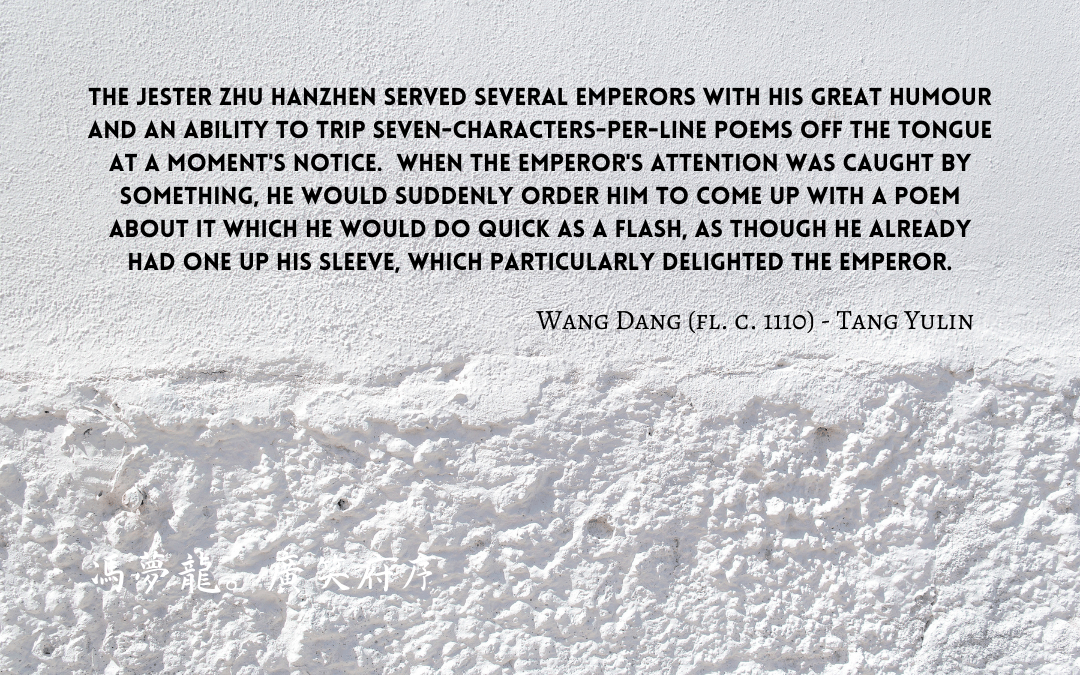 The Chinese jester Zhu Hanzhen 祝漢貞 (Wish Upright Fellow) – whose name seems to have been counter to his character as he was later beaten and banished for accepting a bribe – served several emperors with his great humour and an ability to trip seven-characters-per-line poems off the tongue at a moment’s notice. 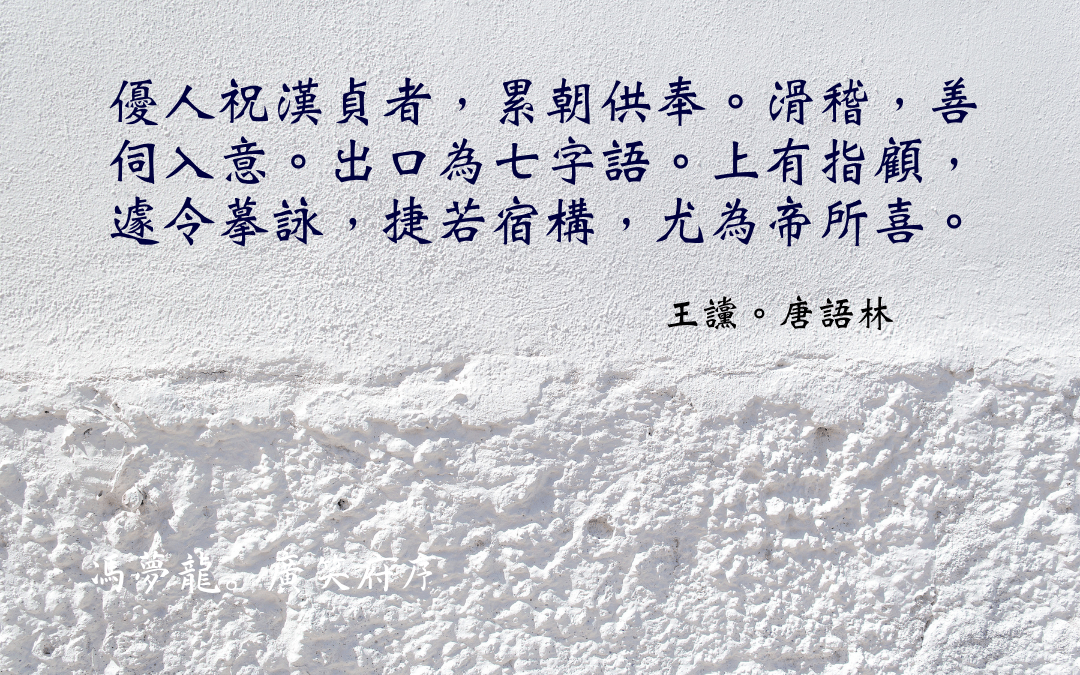 When the emperor’s attention was caught by something, he would ‘suddenly order him to come up with a poem about it which he would do quick as a flash, as though he already had one up his sleeve, which particularly delighted the emperor’.