No fooling – why we still need fools 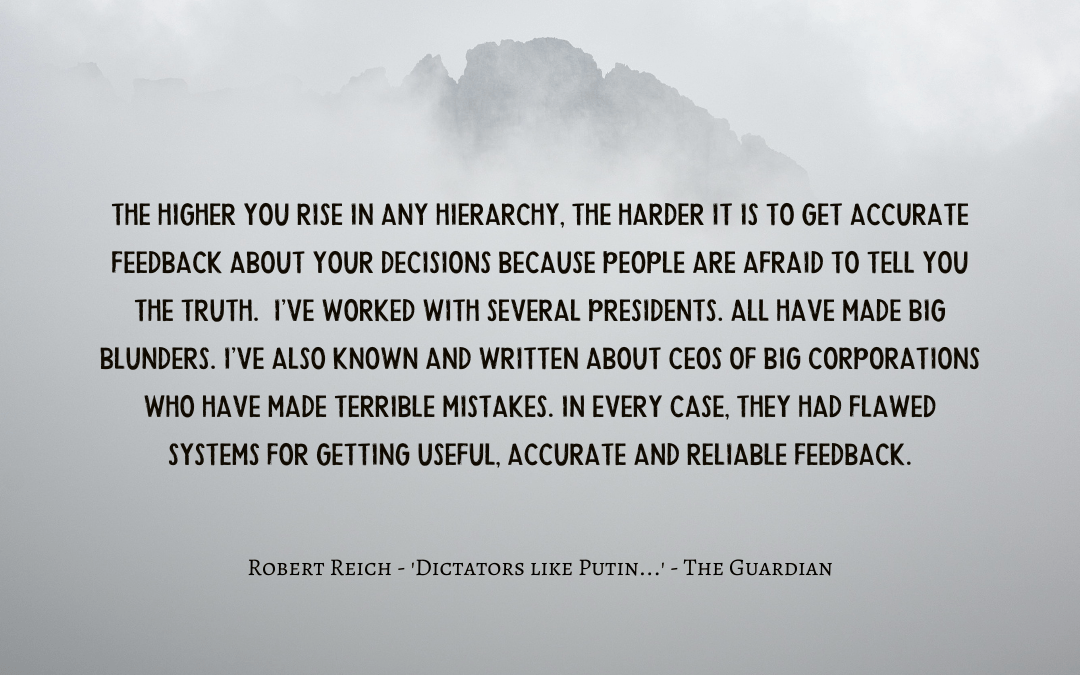 I was struck by this comment of Robert Reich regarding high level, low quality decision making (‘blunders’) among the powerful. Reich spots a common flaw whatever other differences they have (corporate, democratic, dictatorial).

The higher you rise in any hierarchy, the harder it is to get accurate feedback about your decisions because people are afraid to tell you the truth.

I’ve worked with several presidents. All have made big blunders. I’ve also known and written about CEOs of big corporations who have made terrible mistakes. In every case, they had flawed systems for getting useful, accurate and reliable feedback.

Surely sheer coincidence that this appeared on the day we celebrate fools, perhaps unwittingly underlining that we need them more than ever.  It could be their very ‘foolishness’ which meant they weren’t afraid to tell truth to power, and which allowed them to use humour or other effective means of telling the boss he was about to mess up big time.

Flawed decision making by powerful people is no joking matter: it can and often does cost lives, livelihoods and more.  By the hundreds, thousands, even millions.

Bring on the fools who tell the truth regardless of consequences.

Source: Robert Reich, ‘Dictators like Putin surround themselves with liars and propaganda. That leads to very bad decisions’, Opinion, The Guardian, 1st April 2022