Why we need humour 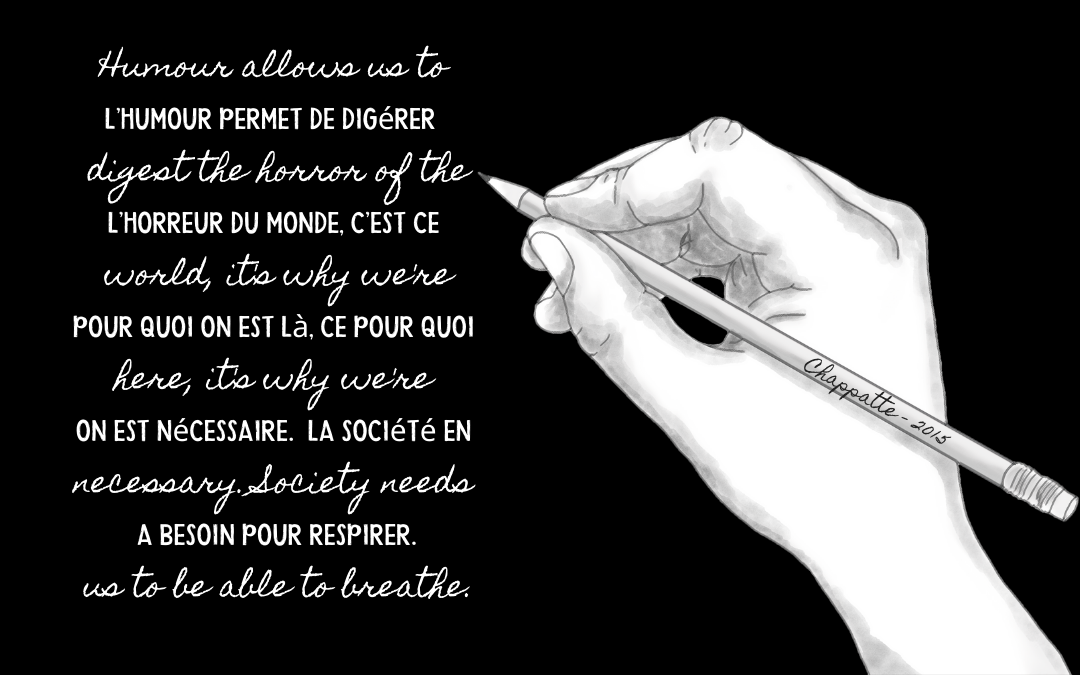 A comment by the cartoonist Chappatte about the need for humour even, or particularly during, times of stress; his observation came in the wake of the Charlie Hebdo massacre. Today, as a tsunami of human and economic sickness is rolling over the world, humour, and its purveyors such as cartoonists, may be more needed than ever.

And how ironic that Chappatte used breathing as the metaphor for why we need humour.

Sad to report that last year one of Chappatte’s main outlets, The New York Times, apparently put an end to their political cartoons. There is something alarming in this, as it was in reaction to a reaction (a social media storm) to a cartoon which offended someone. As Chappatte put it, Twitter is more of a place for furore than for debate.

Cartoonists are, in my view, one of the direct descendents of the court jester and serve the same role of exposing cant and corruption in all its forms principally by making us laugh or at least smile. Their medium allows them to strike home before we have chance to put up intellectual or other defences.

Save truth and democracy, adopt a cartoonist today.

All praise to the Economist for continuing to publish weekly cartoons.