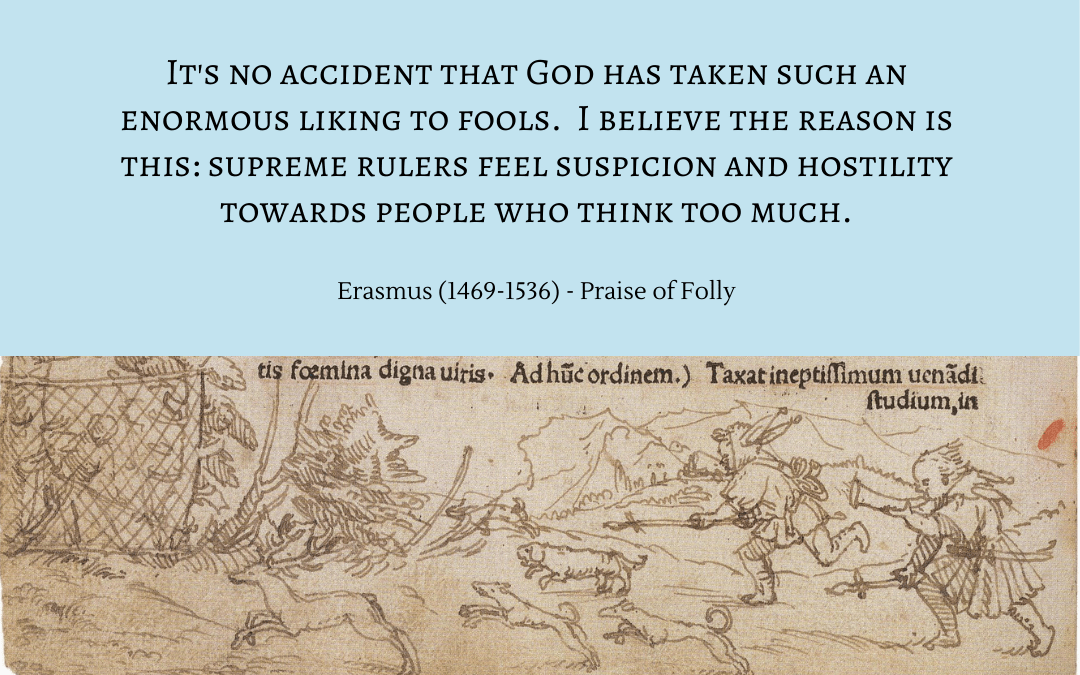 Erasmus, speaking in the voice of Folly, reminds us that God prefers fools to those who ‘think too much’.  He draws on the Bible, which lays it out crystal clearly. Here, rather irreverently, he likens God to other ‘supreme rulers’, whose love of folly stems from a disdain for thinkers.

‘It’s no accident that God has taken such an enormous liking to fools. I believe the reason is this: supreme rulers feel suspicion and hostility towards people who think too much.’

Image credit: Kunstmuseum, Basel. Hans Holbein and his brother Ambrosius drew 82 marginal sketches in a copy of Praise of Folly owned by Oswald Myconius, who planned to show them to his friend Erasmus, author of the work. They include the first works by Hans Holbein to survive intact. Most of the sketches are by him, whose style and left-handed hatching differentiate him from Ambrosius. This is no. 24, Stag Hunt, pen and black ink oxidised to brown.