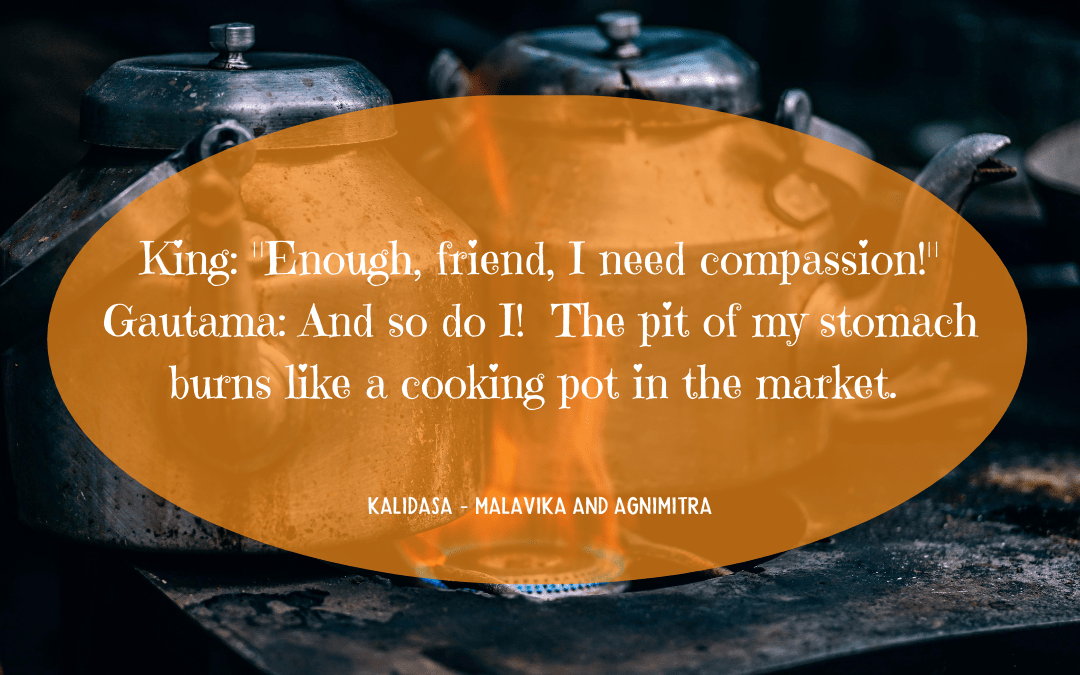 Vidusaka is a stock comic character in ancient Sanskrit drama; there has been much ink spilled as to whether he was a jester or not, and many of the arguments against this proposition seem rather to confirm it.  We’ll be featuring more quotes and stories about vidusaka, so we can build a fully rounded picture of him, as well as enjoying his jesterish cheek.

A common trait is fearless irreverence, including mocking the master’s love-lorn pinings.  Says one vidusaka in Kalidasa’s Urvasi Won by Valor:

In the same vein, vidusaka can equate regal heartache to the jester’s ever-griping stomach:

Gautama.  And so do I!  The pit of my stomach burns like a cooking pot in the market.  (Malavika, II.)

See another vidusaka character, Maitreya, who is proud of his sense of timing.