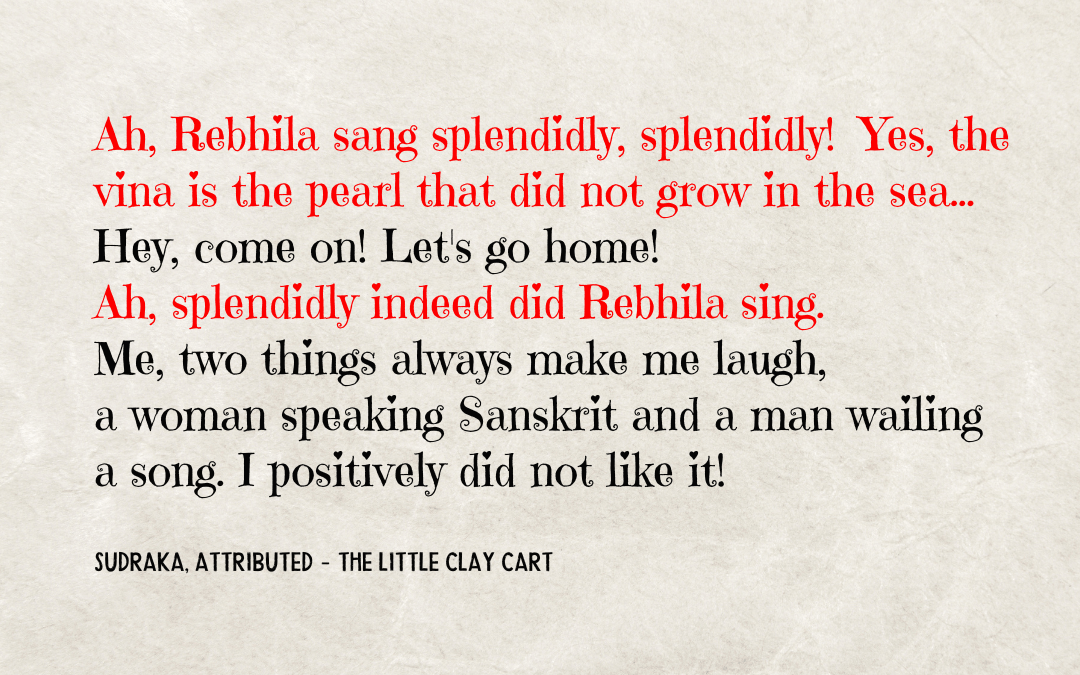 In The Little Clay Cart (Mycchakatika, attributed to Sudraka) the vidusaka Maitreya, whom we met earlier, shows a perhaps even greater degree of familiarity, loyalty and irreverence than Kalidasa’s vidusaka.  He stands by his master even when the latter has lost his fortune through excessive generosity and becomes the victim of injustice, like a light-hearted version of King Lear with a happy ending.

Like Kalidasa’s jesters he helps his master in matters of love, although in this play the lady has more character than Kalidasa’s heroines who, to the uninitiated at least, seem all sweetness, light, and melon-sized breasts with not a great deal else to distinguish between them.

Maitreya’s use of language is also distinctive – generally more colourful and straightforward than that of the other characters.  His comments are a refreshing reprieve from some of the more swooning speech in the play.  His metaphors are striking and earthbound and contrast with more conventional and high-flown imagery elsewhere.

In Act III, Carudatta, in the full flush of love, returns from a concert with Maitreya, and sings the praises of Rebhila.  As always, the jester reins in grandiloquence:

Carudatta.  Ah, Rebhila sang splendidly, splendidly!  Yes, the vina is the pearl that did not grow in the sea…

Maitreya.  Me, two things always make me laugh, a woman speaking Sanskrit and a man wailing a song. I positively did not like it! (III)

It is surely pure coincidence that the vidusaka jester has the same name as Maitreya the laughing Buddha. 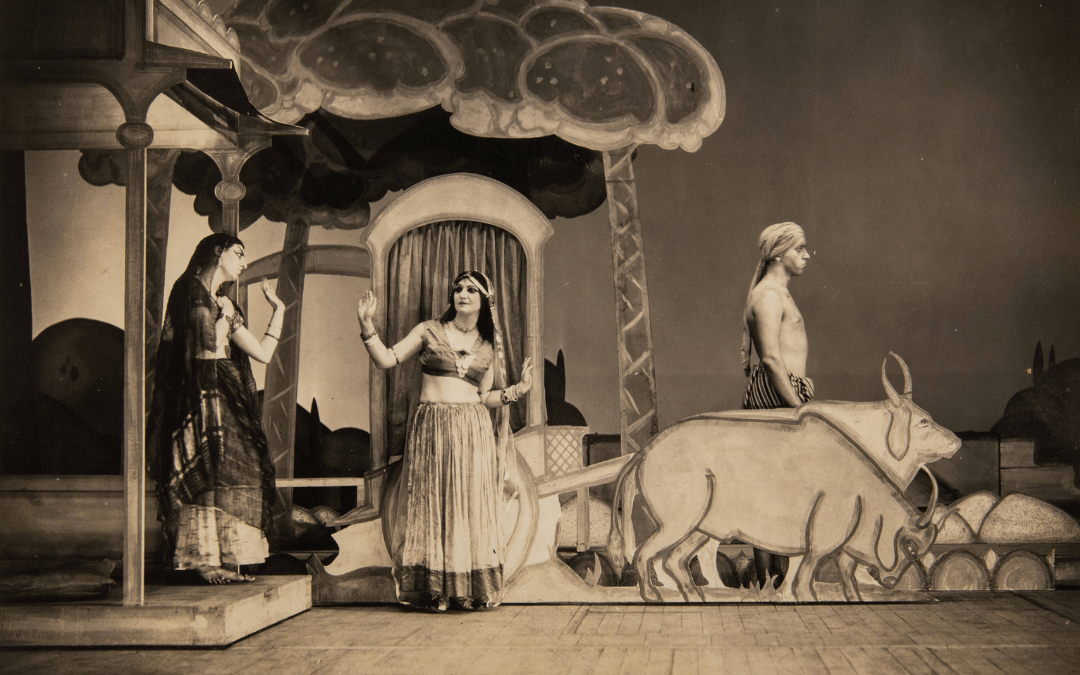