Time to choose a new chief 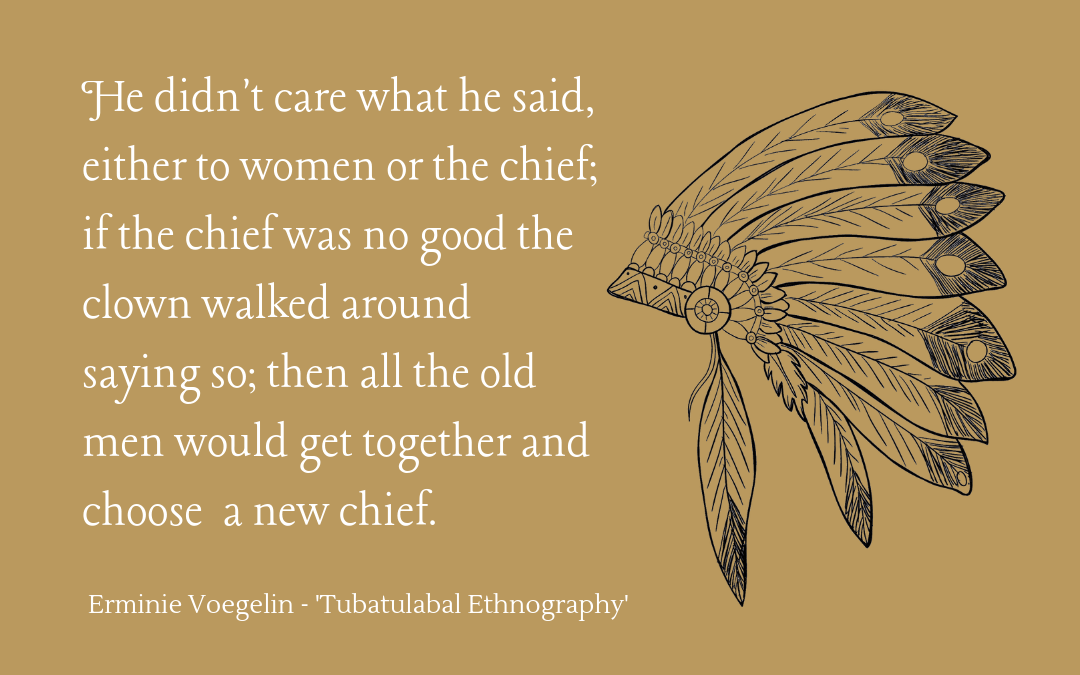 The court jester often has a certain closeness to the boss he serves, challenging them, criticizing them, but not normally getting them chucked out.

Ritual clowns have some common elements with court jesters, although their role and licence is usually time-bound, restricted to the occasion of the ritual.  Another difference can be a lack of a direct relationship with the power-holder in which he might seek to change behaviour, rather than to change the chief.

In this case it is striking that the ritual clown – clown for a day, if you will – has the power to get the chief deselected by the elders. The Tübatulabal clown:

‘Didn’t care what he said, either to women or the chief; if the chief was no good the clown walked around saying so; then all the old men would get together and choose  a new chief.’

With the capabilities of various world leaders being currently in question, and new chiefs waiting in the wings, it’s to be hoped that latter day clowns and fools can persuade The People to make some wise choices when they ‘get together and choose a new chief’.