The seriousness of jokes 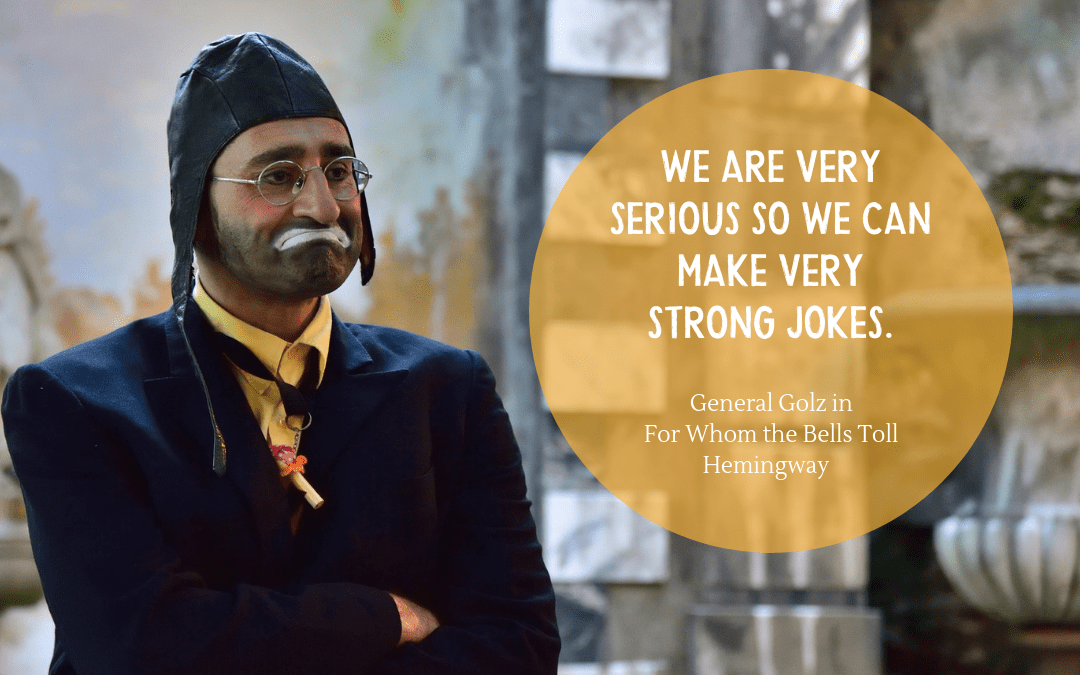 A fundamental error regarding humour is to assume that jokes aren’t somehow ‘serious’. They can of course be for no purpose than entertainment, but equally can and often are deadly serious in their implications, message or revelation.

They can also be a mechanism for psychological survival – totalitarian states often do a booming trade in razor-sharp jokes.

The tendency to confuse earnestness with seriousness is particularly noticeable in the written word, where if you are to be taken ‘seriously’, or you are writing something ‘serious’ (a paper for a peer-reviewed journal, a doctoral thesis), jokes will cause you trouble.  When I wrote a paper, I was asked to remove a pun.  My argument was that the article was about the (serious) role of jesters in modern organisations and so the use of humour was appropriate.  (The pun survived).

General Golz, a character in Hemingway’s magnificent novel, nails it beautifully. It is often precisely because we are serious that we can make ‘very strong jokes’.

“We are very serious so we can make very strong jokes.”

See a description of Europe’s wandering Jewish jesters, not taken seriously, and yet they are.   Or a thoughtful comment on seriousness in playful or humorous forms.  Lastly, a stunning comment that serious subjects, really serious, should only be handled with jokes, by none other than Niels Bohr.