The poet as fool 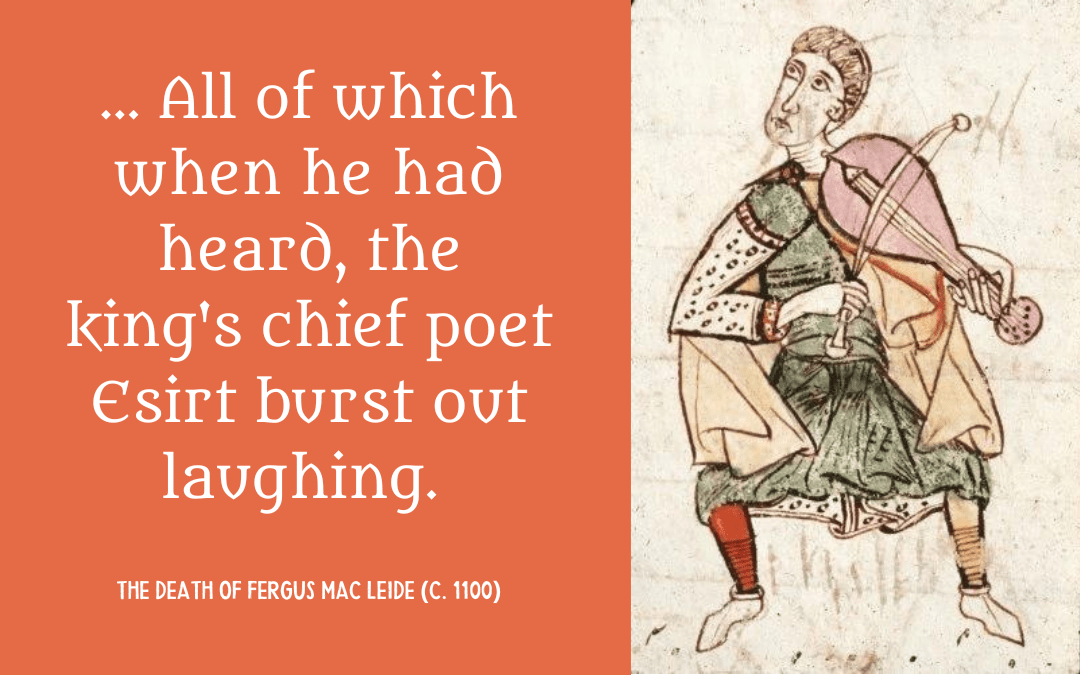 Jesters could use rhymes and ditties to crack a joke or make a point, and the capacity to produce verse can signal some overlap with poets.  But this intersection goes further – in some times and places the role of court poet could share some common ground with that of the court fool.   An independent stance, and a certain freedom.  It is even occasionally the recognised court poet who is also the fool.

In Ireland, as in some Scandinavian cultures, the poet could have a powerful position in the court or similar power structures, even occasionally including prophecy or fierce advice.

Here the poet listens to the Leprechaun king spewing rodomontade, his vauntings played back to him by a supine entourage. If this seems like a remote 12th century tale, don’t forget that 21st century corridors of power still have people surrounded by fawning underlings jockeying for position.  And in many cases, they won’t have a court poet, like the court fool he often resembles, saying ‘Pah!’ to all that.

In this case, the poet is bound in chains for insulting the glory of the ‘wee folk’, but asks for a few days’ grace in which to bring to light the truth behind his dismissive laugh.  Truth-telling mockery, as we know, is a regular device of court fools.

See another Irish myth which refers to jesters, or meet Rocmid, the heart-delighting court fool.

Image credit: medieval musician, featured without a source on medievalists.net