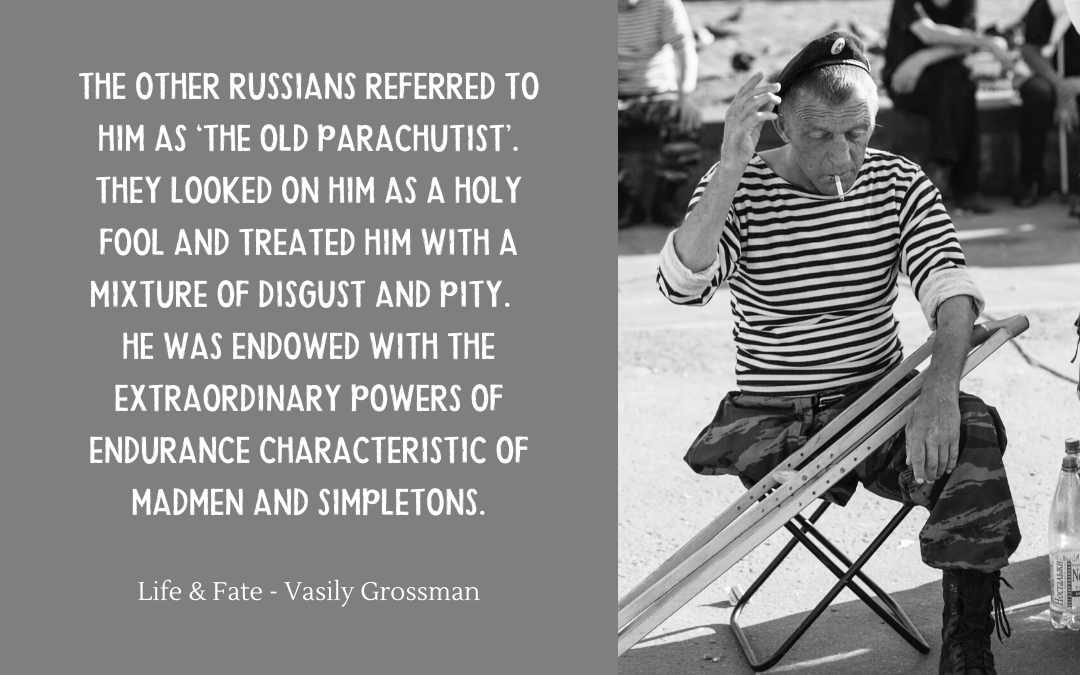 Russia has a long and noble tradition of holy fools, and I was struck by this spontaneous example from the Second World War recounted by Vasily Grossman. It seems it was an old soldier who had enough oddity or madness about him to be perceived as a holy fool by his comrades.

Note the presumption of resilience attributed to fools, a recurring feature in stories about them.

‘The other Russians referred to him as ‘the old parachutist’. They looked on him as a holy fool and treated him with a mixture of disgust and pity.  He was endowed with the extraordinary powers of endurance characteristic of madmen and simpletons.’