The most accomplished actors 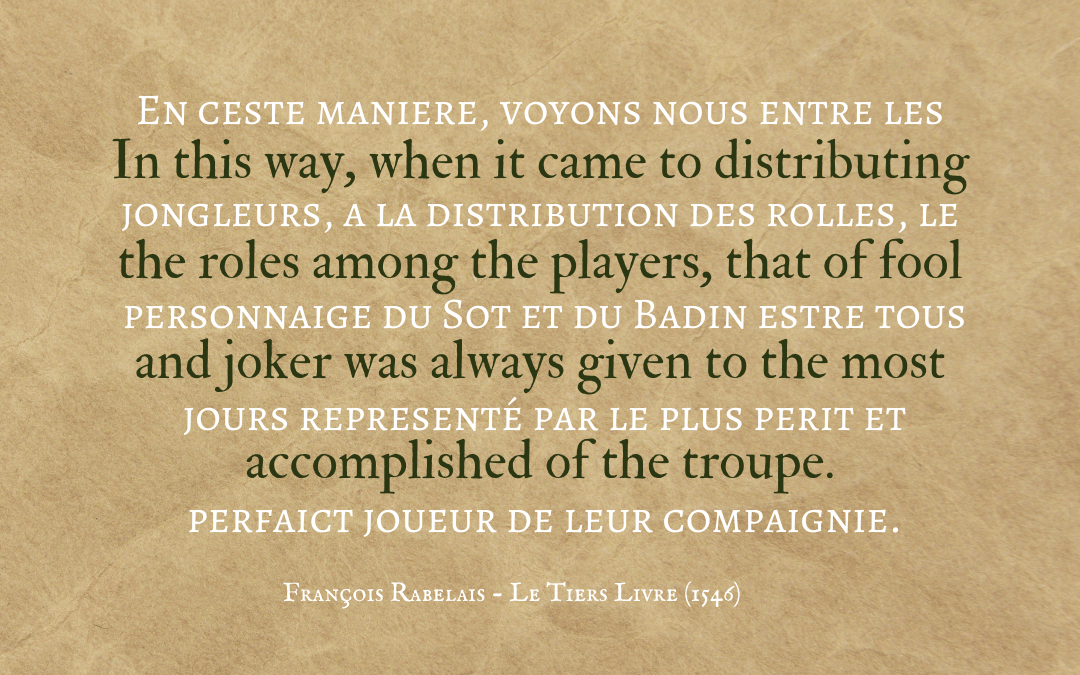 Like his court jester counterpart, the fool in French medieval drama was somehow on the edge of the arena of action and therefore more independent – it seems writers made more effort to vary his characterization than with other roles, or alternatively creativity was left to the initiative of the actor – stage directions simply announcing the fool who was then given complete freedom.  For this reason the fool’s role in French drama was often taken by the best actor in the company, as Rabelais’ Pantagruel explains:

In this way, when it came to distributing the roles among the players, that of fool and joker was always given to the most accomplished of the troupe.

The same applies to English and Samoan plays: in Samoa, troupes of players putting on improvisatory plays were trained and directed by the most accomplished comedian among them.