The history of the elite 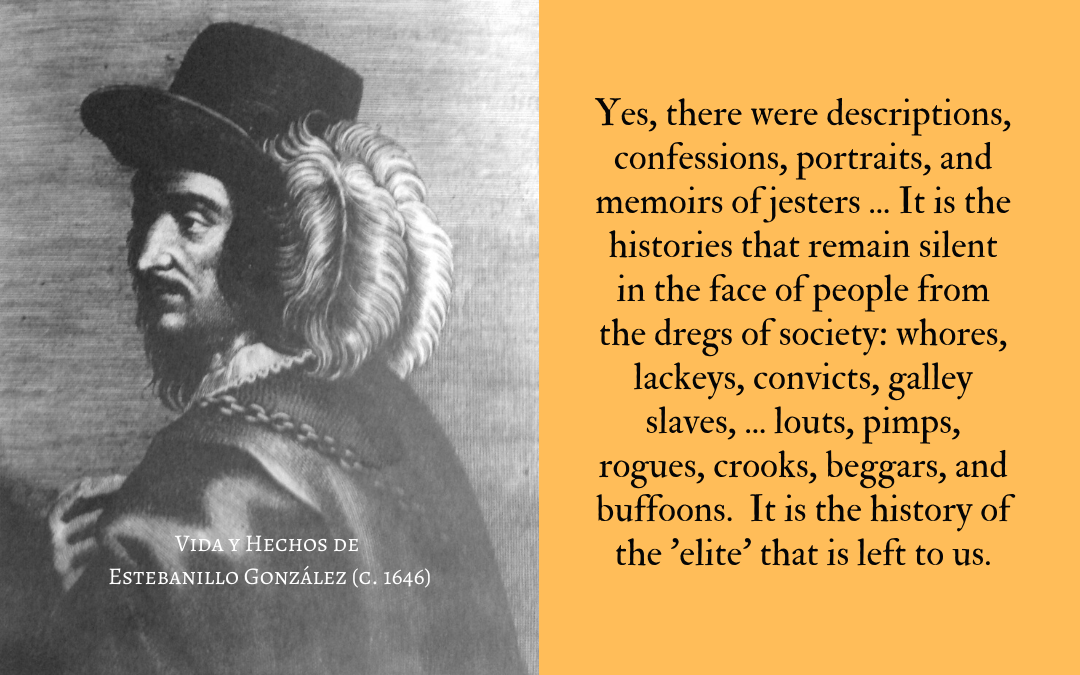 This website and the book which inspired it both seek to address this complaint, attributed to the perhaps real but probably fictive 17th century Spanish jester, Estebanillo González, who laments that the history books generally remain ‘silent in the face of people from the dregs of society’, which he lists as including buffoons among other disreputable types.

Yes, there were descriptions, confessions, portraits, and memoirs of jesters … It is the histories that remain silent in the face of people from the dregs of society: whores, lackeys, convicts, galley slaves, … louts, pimps, rogues, crooks, beggars, and buffoons.  It is the history of the “elite” that is left to us.