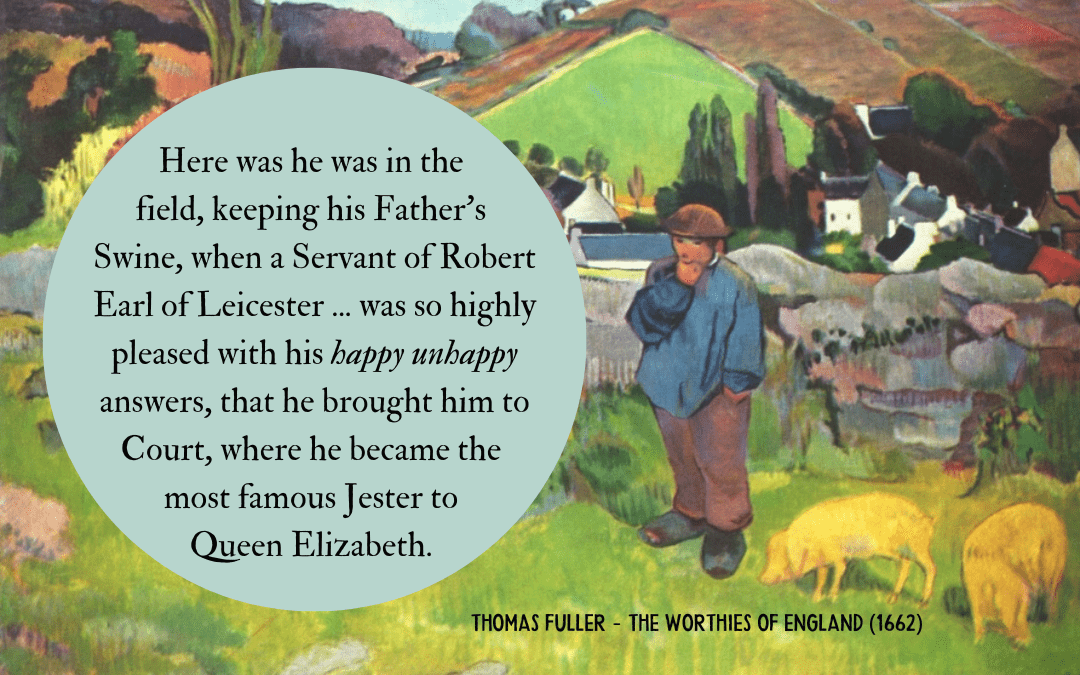 The recruitment of fools and jesters was generally informal and meritocratic.  They could emerge from a general pool of court entertainers, or somebody, perhaps the person whom they would serve, or a servant or courtier, would have an encounter which might lead to a radical career change from tending geese or swine or any other unrelated role, to becoming a jester.

This account of how the actor-jester Richard Tarlton (d. 1588) came to be a jester to Elizabeth I (r. 1558-1603) may have some embellishment or may be true – Fuller’s history was written as much as a century after the event it describes, and long after Tarlton had become famous both on stage and in court.  Plenty of time for anecdote to morph into myth.

That said, the impromptu recruitment as a method is realistic, as we know from a letter to Thomas Cromwell describing a candidate for a new jester at the court of Henry VIII (r. 1509-47).

Here was he was in the field, keeping his Father’s Swine, when a Servant of Robert Earl of Leicester … was so highly pleased with his happy unhappy answers, that he brought him to Court, where he became the most famous Jester to Queen Elizabeth.

See another example of a fool being talent-spotted, in this case while tending geese; or in the court of Thailand, a description of a dwarf-jester’s appointment.