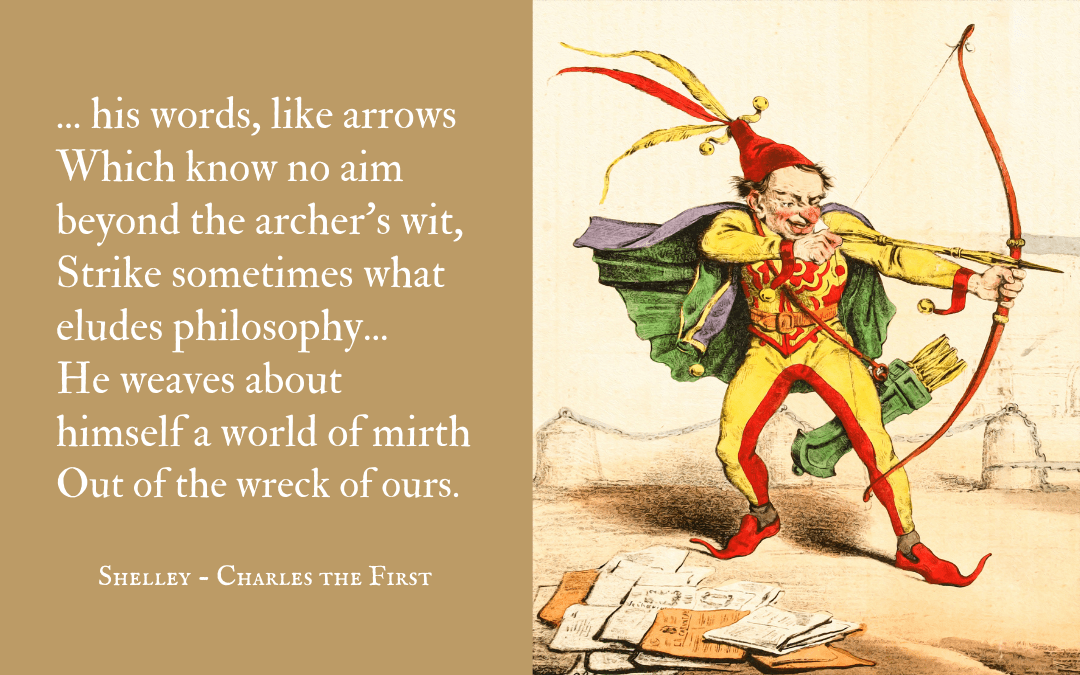 A number of historical jesters had plays written about them, including Dongfang Shuo 東方朔 (c. 160 – c. 93 BCE) in China, and Henry VIII’s jester Will Somers.  Here we find Charles the First (1824), a dramatic fragment by Shelley, which has Charles I give an eloquent speech in defence of Archy when Archbishop Laud complains about his subversive mockery.

I liked the ‘archer’s wit’ striking what sometimes eludes philosophy – the wisdom of the fool sharply delivered.

He mocks and mimics all he sees and hears,

Yet with a quaint and graceful licence…

He lives in his own world; and, like a parrot…

Blasphemes with a bird’s mind: his words, like arrows

Which know no aim beyond the archer’s wit,

He weaves about himself a world of mirth

Out of the wreck of ours.

Although fictive, the fragment seems to draw on a historical episode, as Archy and Laud were known to have had disputes and it is said Archy was banished from court for going to far in his comments.

See also our review of an excellent paper on Archy and Stuart politics, including references to Laud-baiting.