She loved a natural jester 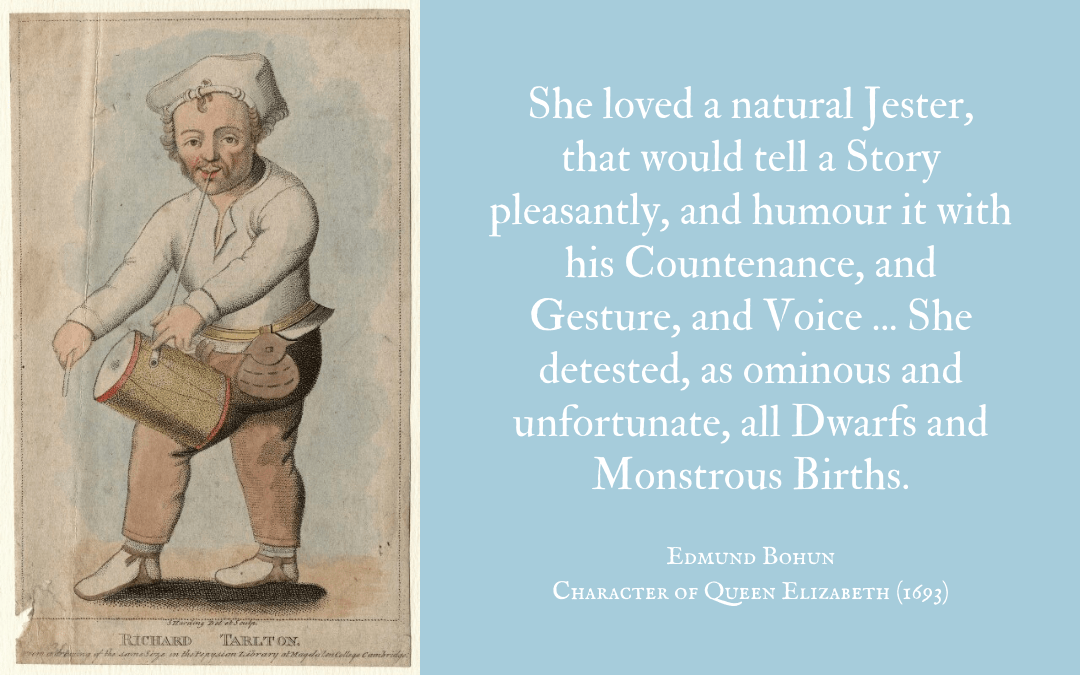 A curious account of Elizabeth I’s love of jesters.  Notable is the fact that she didn’t like to have dwarfs or jesters with physical disabilities, particularly as this was still within the period in Europe when many courts had dwarfs and others of physical difference.  For example, we have a number of portraits of royals alongside their dwarfs in the Spanish or Portuguese courts.

Also interesting that the author mentions a ‘natural’ jester, suggesting that the word ‘natural’ had by the time of writing (late 17th century) lost its earlier overtones of some kind of mental disability.

She loved a natural Jester, that would tell a Story pleasantly, and humour it with his Countenance, and Gesture, and Voice … She detested, as ominous and unfortunate, all Dwarfs and Monstrous Births.

The image is of Richard Tarlton, one of the great comic actors of Elizabeth’s reign, and one who also acted in a jester’s capacity to the queen.

Source: Edmund Bohun, Character of Queen Elizabeth; or, A Full and Clear Account of Her Policies, and the Methods of Her Government Both in Church and State, Her Virtues and Defects (London: 1693), pp. 353-54.