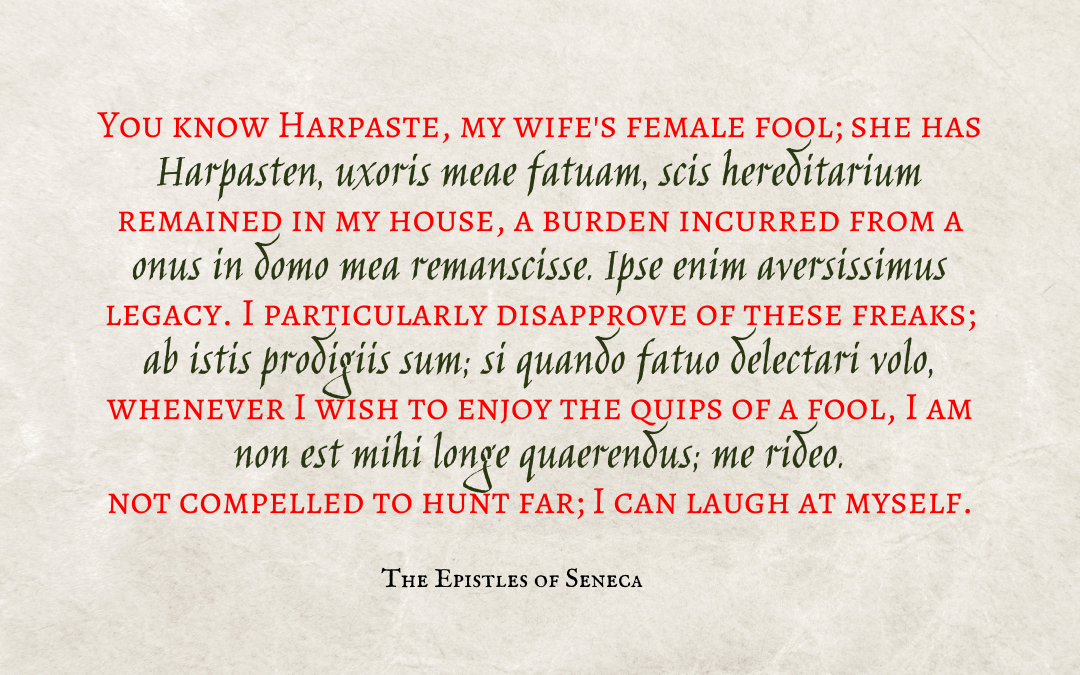 In a letter to Lucilius, Seneca comments unfavourably on his wife’s fool and on fools in general.  He then goes on to tell us that Harpaste became blind and, revealing her foolishness, she asked her attendant to move her to other quarters as hers had become dark.

Whether she recovered her vision we don’t know, but it is noteworthy that a fool, apparently one who would later have been described as a ‘natural’, had her own quarters and an attendant.  This echoes some later ‘naturals’ in some European courts who were appointed someone to take care of them.

You know Harpaste, my wife’s female fool; she has remained in my house, a burden incurred from a legacy.  I particularly disapprove of these freaks; whenever I wish to enjoy the quips of a fool, I am not compelled to hunt far; I can laugh at myself.