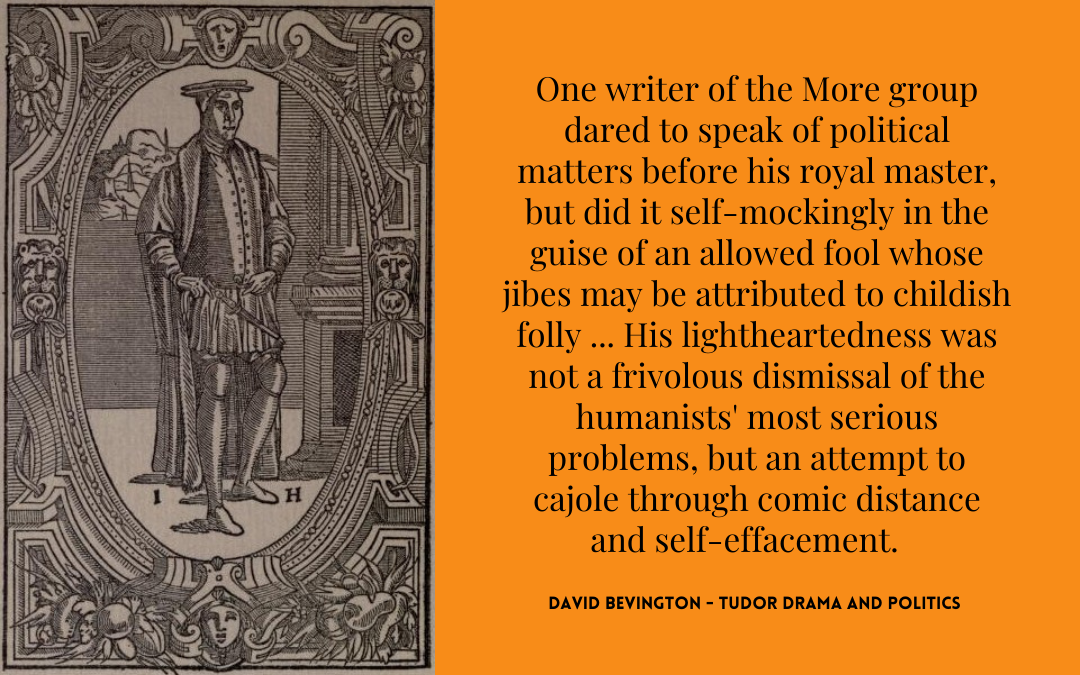 The humanist writer and entertainer John Heywood (c. 1497 – c. 1580) used the padding of a jester’s folly to deliver his political views more effectively and to build bridges among factions.  He spoke in a direct manner to Henry VIII but with sufficient wit and humorous self-deprecation to be considered a jester-in-disguise:

One writer of the More group dared to speak of political matters before his royal master, but did it self-mockingly in the guise of an allowed fool whose jibes may be attributed to childish folly.  John Heywood was a professional entertainer who instinctively avoided giving unnecessary offense … Greater than that of any other humanist was his wish to bring disaffected factions together at court by resolving their differences in sane laughter.  His lightheartedness was not a frivolous dismissal of the humanists’ most serious problems, but an attempt to cajole through comic distance and self-effacement.

Heywood’s The Play of the Weather also features a Vice who has all the characteristics of a jester, called Merry Report.