Item – reward those who cheer you 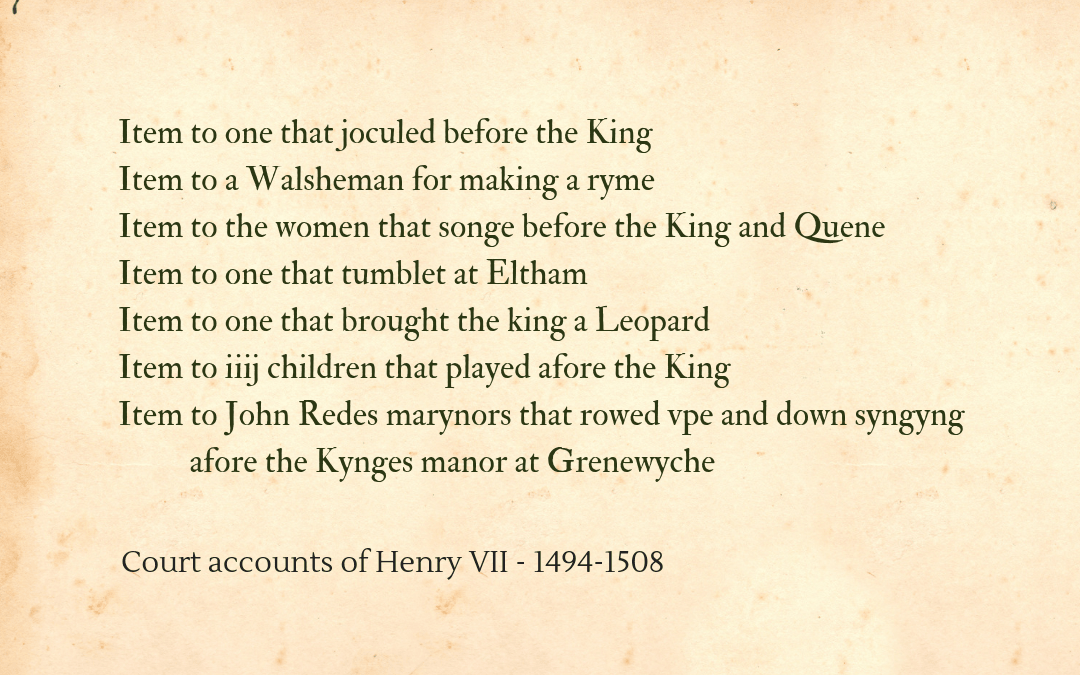 European court account books are a superb source of information on the existence of jesters and related entertainers, whether operating in a professional capacity or on an occasional basis.

A number of examples show Henry VII of England (r. 1485-1509), commonly viewed as being a bit dour (not helped by a widely reproduced portrait of him), giving generous rewards to people who had livened up his day.

In other instances, he rewards the fools of visiting dignitaries, giving us a notion that they could be included in a standard entourage of an aristocratic traveller.  These will be shared elsewhere.

For now, a delightful list of entertainments set before the king and his generous recompense, giving an unusual insight into the apparent accessibility and informality of the court, since apart from the jesters who feature regularly, Henry was munificent in his rewards for impromptu performances – on 27 July 1495, `one that leped at Chester’ was given 6s.8d. for his pains, while by far the most generous of these spontaneous gifts was to `a litell mayden that daunceth’ who was given £12.  Other entries of this sort between 1494 and 1508 include:

Item to one that joculed before the King – x s.

Item to a Walsheman for making a ryme – x s.

Item to the women that songe before the King and Quene – vj s. viij d.

Item to one that tumblet at Eltham – xx s.

Item to one that brought the king a Leopard – xiij li. vj s. viij d.

Item to John Redes marynors that rowed vpe and down syngyng afore the Kynges manor at Grenewyche – xx s.

See also a French court account entry for fur-lined cloaks and the like, provided to the fool Maître Jehan in the 14th century.