The refuse of human nature 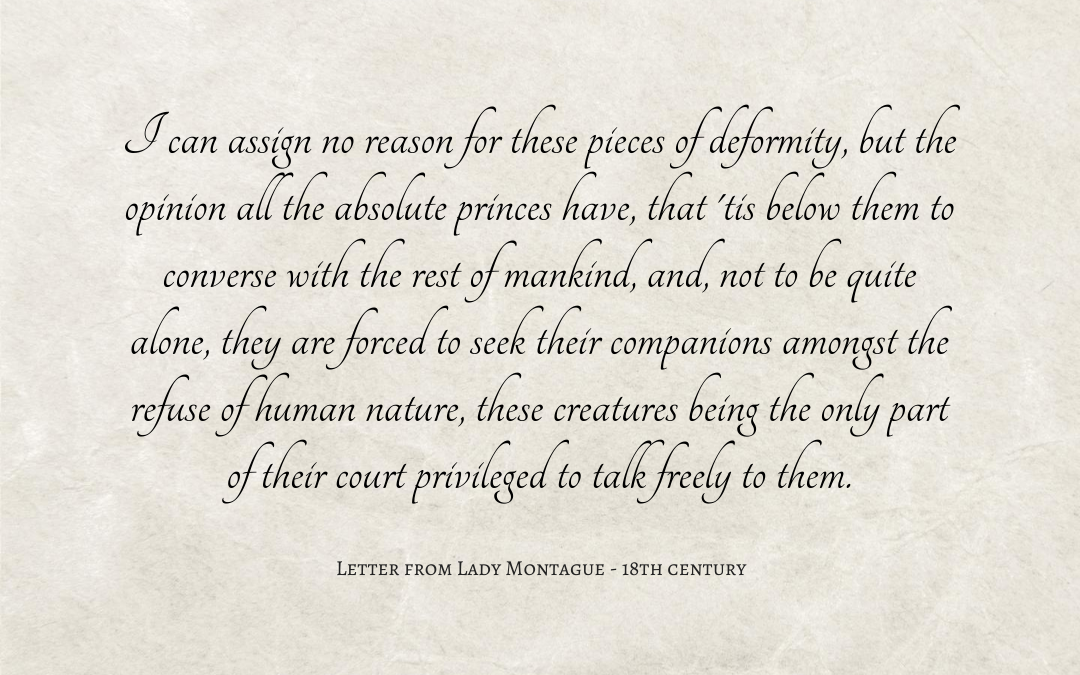 A rather damning reaction by Lady Montague (1689-1762) towards the dwarfs or dwarf-jesters she encountered in German courts.  Note that while dismissing them as the ‘refuse of human nature’, she acknowledges that ‘these creatures’ were the only people entitled to speak freely to princes. This is a rare example of a contemporary comment being so negative, though there are others, including Ariosto (1474-1533) and the 14th century Persian poet ‘Obeyd Zakani. In the latter two cases, there may have been an element of sour grapes, as poets could compete or even overlap with the role of the jester, and some poets straddled the dividing line.  The ready access enjoyed by a jester could potentially involve a poet’s being (or at least feeling) sidelined.

I can assign no reason for these pieces of deformity, but the opinion all the absolute princes have, that ’tis below them to converse with the rest of mankind, and, not to be quite alone, they are forced to seek their companions amongst the refuse of human nature, these creatures being the only part of their court privileged to talk freely to them.