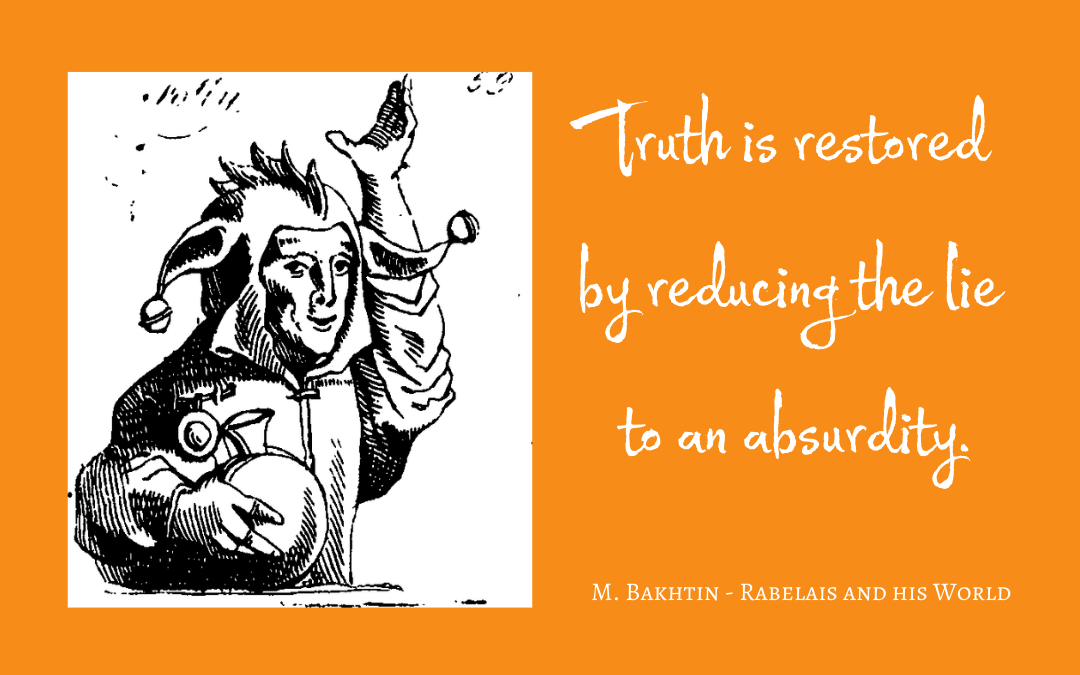 Bakhtin sums up a form of humour sometimes deployed by jesters seeking to enlighten the ruler.  Rather than remonstrating to change behaviour, they would agree wholeheartedly with the crackpot proposal being put forward.  By running with an idea to an absurd degree, they were often able to bring about a mid-course self-correction in the monarch.

`Truth is restored by reducing the lie to an absurdity.’

We’ll be sharing skits and stories of this type in the months to come, but here is the first of several relating to Chinese jesters.