The proper time and place 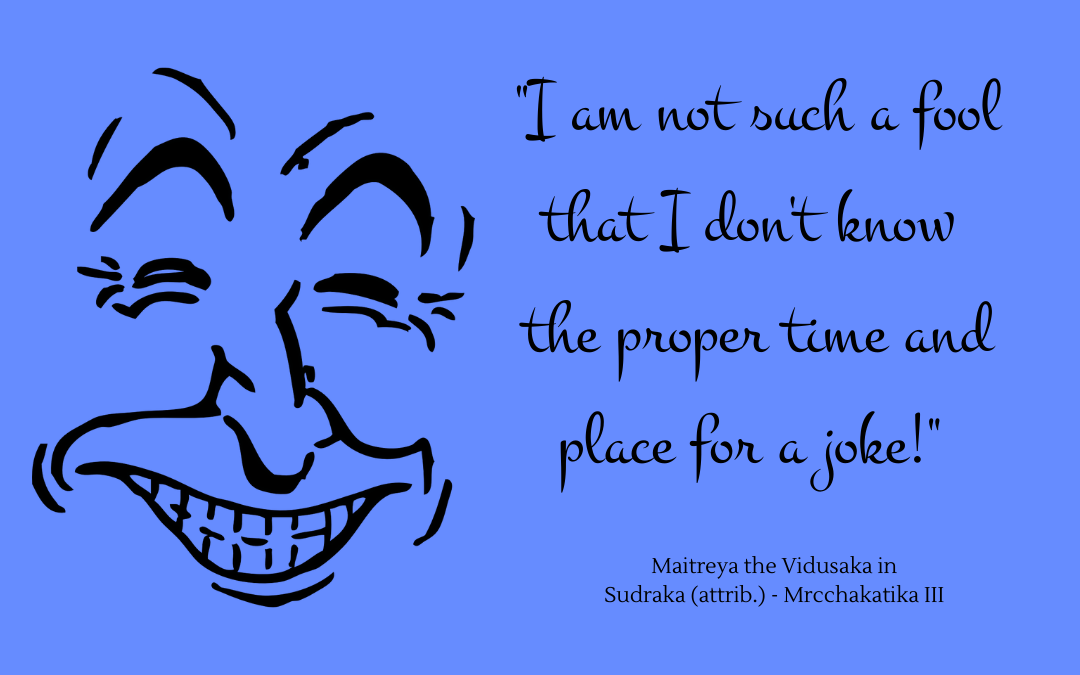 There is much debate as to whether the stock comic character of Sanskrit drama, the vidusaka, is or is not a court jester. This will be teased out over time drawing on many sources. If that sounds like fence-sitting, let me hop off to one side decisively: I believe the character is to all intents and purposes the jester of the drama, and the fact that he doesn’t always intend to be funny doesn’t make him any the less the fool to the king or prince he serves. There were plenty of fools who set out to be jesterish and others who just were, without even trying. More on this vast debate to follow.

Meantime, Maitreya the vidusaka in one of the most famous such plays, The Little Clay Cart, points out that he’s at least half sharp, being able to discern the time and place for a joke.

‘I am not such a fool that I don’t know the proper time and place for a joke!’