The origins of Chinese theatre 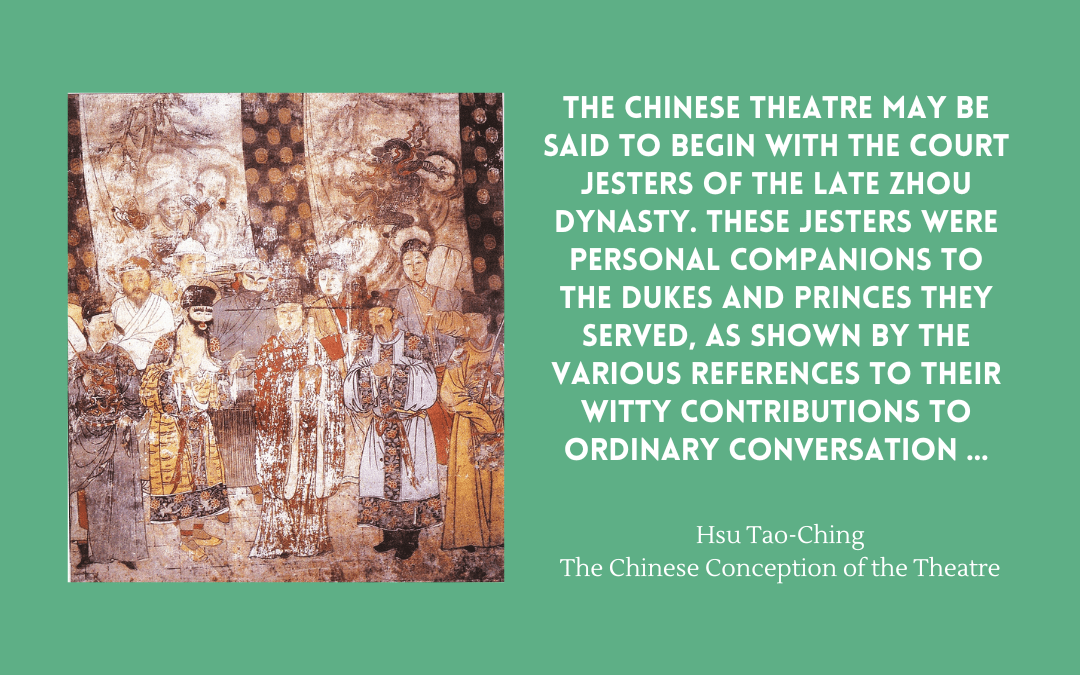 There is much common ground between jesters and actors, particularly comic actors.  Jesters could perform in court entertainments, whether impromptu skits or full-blown plays or masques.  Similarly, actors could play the role of a jester either as a character in a play or spontaneously stepping out of their scripted role to improvise some satirical commentary on current affairs or criticism of those in power.   Examples of this exist among ancient Roman actors, Elizabethan comic actors and Qing dynasty Chinese actors.

Some, such as Richard Tarlton and Tom Killigrew, were viewed as being a court jester in addition to their role in the theatre.

But perhaps only in the case of China can we say that the theatre originated with the Chinese jesters. Sometimes they worked solo, in a one-to-one relationship with the emperor.  But often their truth-telling took the form of short, impromptu skits, and later this morphed into the development of Chinese drama. We see it too in the classical Chinese terms for ‘jester’, such as lingren, which later came to mean ‘actor’.

The Chinese theatre may be said to begin with the court jesters of [the] late Chou [Zhou] dynasty.  These jesters were personal companions to the dukes and princes they served, as shown by the various references to their witty contributions to ordinary conversation.