Mirth to the mind 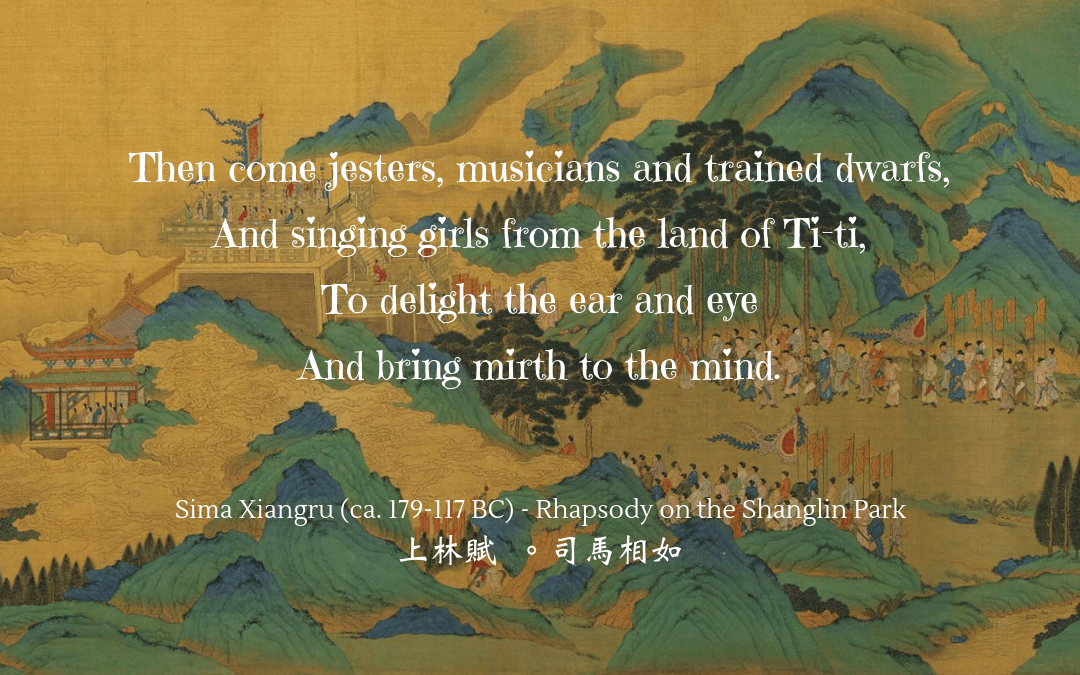 When was the last time somebody brought you such a gift?  A charming rhapsody, by the Chinese writer Sima Xiangru (ca. 179-117 BC), showing jesters alongside musicians, with whom there was often an overlap, and with dwarfs, again, with whom they could be interchangeable.

In other words, both musicians and dwarfs could be – or become – jesters.  We will be highlighting these connections in the months to come.

Meanwhile, why not just dream of the land of Ti-ti, sounds like a great place to be.

And singing girls from the land of Ti-ti,

To delight the ear and eye

And bring mirth to the mind.