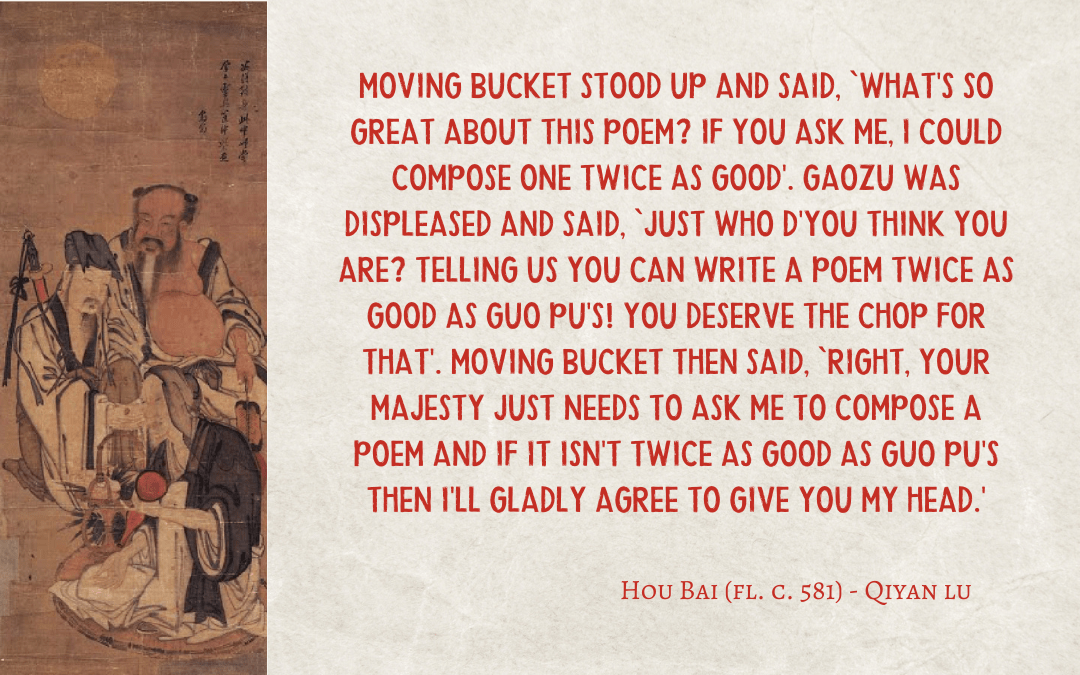 Shi Dongtong 石動筩 (Moving Bucket), jester of Bei Qi Gaozu 北齊高祖 (r. 550-59), was exceptionally gifted in verbal wit and could run rings around scholars and clerics.  The emperor had people read Xiao Tong’s 蕭統 (501-31) great Anthology of Literature 文選.  He sighed appreciatively over a poem entitled ‘Wandering Immortal’ by Guo Pu 郭璞 (276-324).  But Moving Bucket reckoned he could easily make a better job of it. 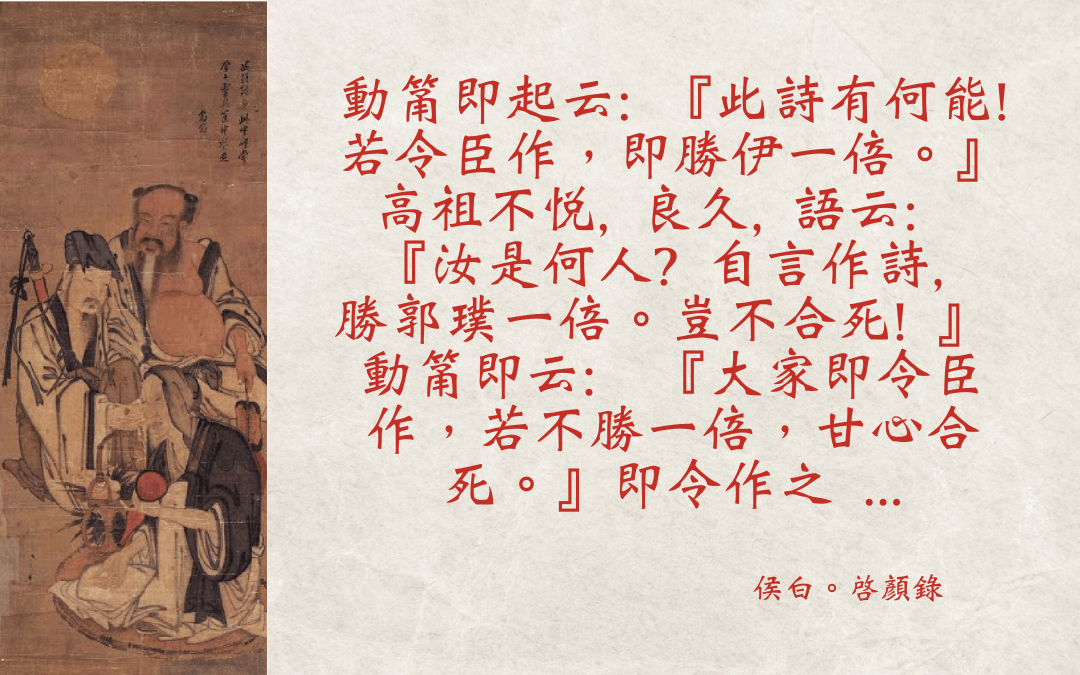 Moving Bucket stood up and said, `What’s so great about this poem?  If you ask me, I could compose one twice as good’.  Gaozu was displeased and said, `Just who d’you think you are?  Telling us you can write a poem twice as good as Guo Pu’s!  You deserve the chop for that’.  Moving Bucket then said, `Right, Your Majesty just needs to ask me to compose a poem and if it isn’t twice as good as Guo Pu’s then I’ll gladly agree to give you my head!’  The emperor ordered him to do it. Moving Bucket said, `Guo Pu’s poem about a wandering immortal says, “Halfway along the clear stream, stretching for a thousand ells or more, there is a Taoist master.” Well, I say, “Halfway along the clear stream, stretching for two thousand ells, there are two Taoist masters.”  How can that not be twice as good?’  Only then did Gaozu have a good laugh about it.

Not the only time Moving Bucket used word play to run rings around erudites.