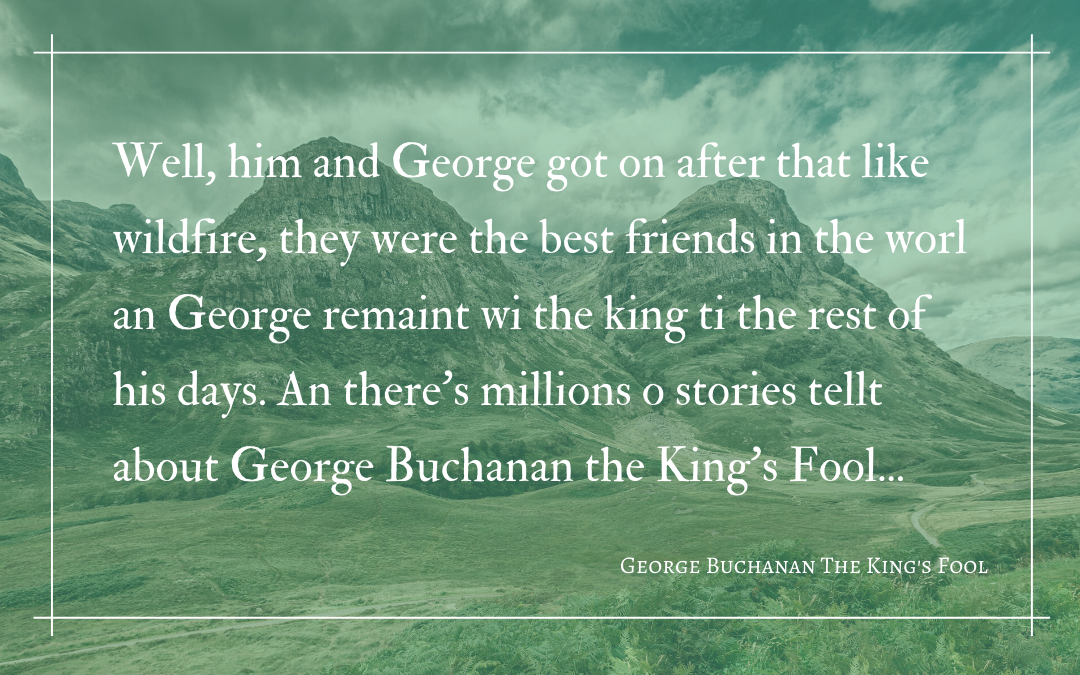 A fine story-telling version of the many tales about George Buchanan, celebrating him as the king’s fool.  Buchanan (1506-82) is one of those tricky characters who begin life as an historical, living person and somehow, over centuries, morph into a jester of legendary proportions.  There was a courtier-scholar-poet of that name serving James VI of Scotland / James I of England (r. 1567-1625), but how he ended up being cited in jestbooks and traveller tales as a full-blown fool is a story which itself needs to be unravelled.

Here, well into the mythical phase of his evolution, it zooms in on the great closeness that can grow between a king and a fool.

See another story told about Buchanan as jester.  And note that James did in fact have a full-time jester, Archy Armstrong, about whom more to come.

Well, him and George got on after that like wildfire, they were the best friends in the worl an George remaint wi the king ti the rest of his days.  An there’s millions o stories tellt about George Buchanan the King’s Fool…