Life skills of a jester 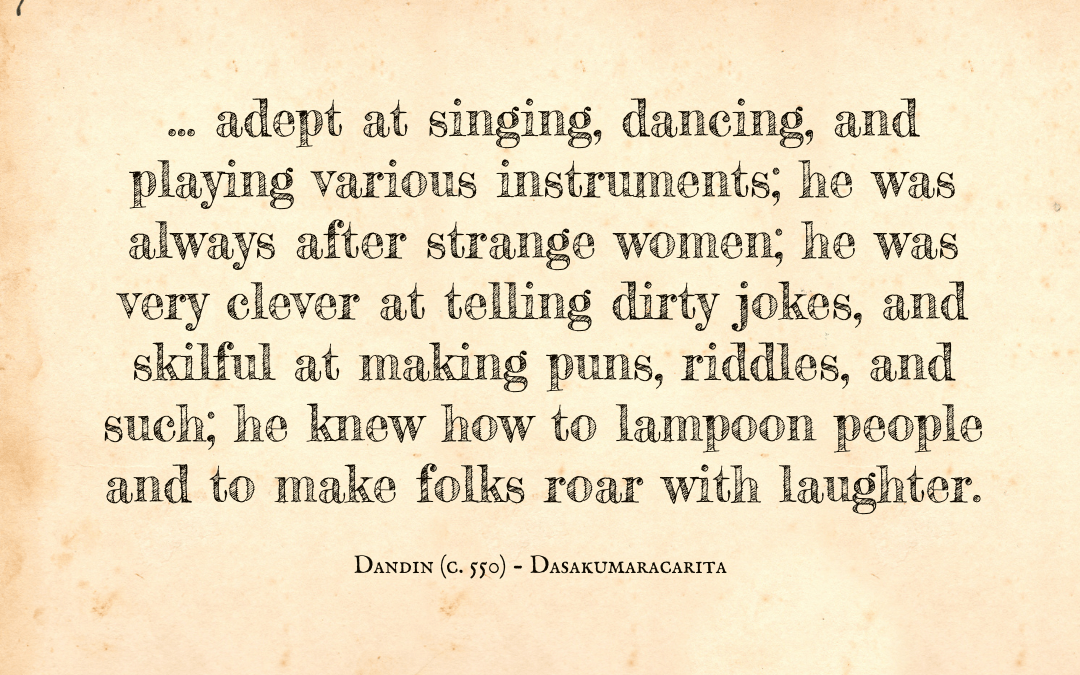 A lively line up of skills and attributes reminding me of jesters and in particular vidusaka, the stock comic character of Sanskrit drama, commonly paired up in a close if argumentative relationship between a king and the jester.  His appearance in plays and the apparent understanding of the jester archetype this underlines may suggest the presence of real if undocumented jesters in the Indian courts.

Kalidasa (fl. pre-5th century CE), the dramatist whose vidusaka characters seem more consistently and convincingly jester-like than many others, was a poet and ambassador of the court with considerable knowledge of court life, and it is likely that `royal palaces contained a theater’.  A dramatist who knew the workings of the court and a court which supported the theatre makes the creation of a completely fictitious comical companion to the king, with no parallel in real court life, somewhat improbable.  It is hard to believe that a king would foster dwarfs in his court, and plays with a dwarfish jester to a king without there being some resemblance between the two.

Siegel cites a 6th century literary source which describes a man who sounds to all intents and purposes like a jester, a childhood playmate who grew up to enjoy ready access to the king and who was:

adept at singing, dancing, and playing various instruments; he was always after strange women; he was very clever at telling dirty jokes, and skilful at making puns, riddles, and such; he knew how to lampoon people and to make folks roar with laughter.

Meet also a couple of his theatrical cousins: Gautama, belly-focused, and Maitreya, boasting of his capacity to crack jokes.