Laughable due to his limbs 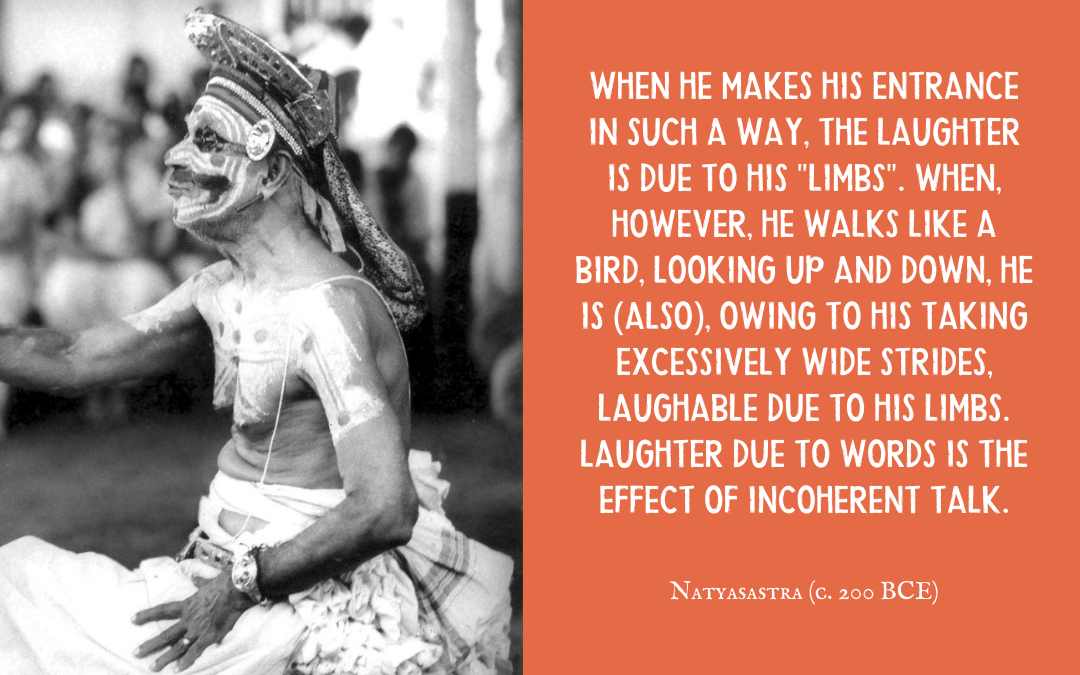 Rare to find a clear prescription concerning the recommended physical appearance of a jester type, in this case, a litany of desirable defects.  This is from the Indian classic hand book of drama, the Natyasastra (c. 200 BCE), showing a wealth of permutations in comic grotesqueness as applied to the vidusaka, a stock comic character commonly juxtaposed with a king à la fool-king duo:

Also the gait of the vidusaka has three comical properties… his corporeal defects (and movements), his talk and because of his costume and make-up.  He has protruding teeth, is bald-headed, hunch-backed and lame and has a distorted face.  When he makes his entrance in such a way, the laughter is due to his “limbs”.  When, however, he walks like a bird, looking up and down, he is (also), owing to his taking excessively wide strides, laughable due to his limbs.  Laughter due to words is the effect of incoherent talk…

See another Indian list of jesterly life skills.  And meet two of these vidusaka versions: Maitreya and Gautama.  More to follow: I’m a vidusaka groupie.

And you have to love that alliterative ‘laughable due to his limbs’.