The king owes the jester 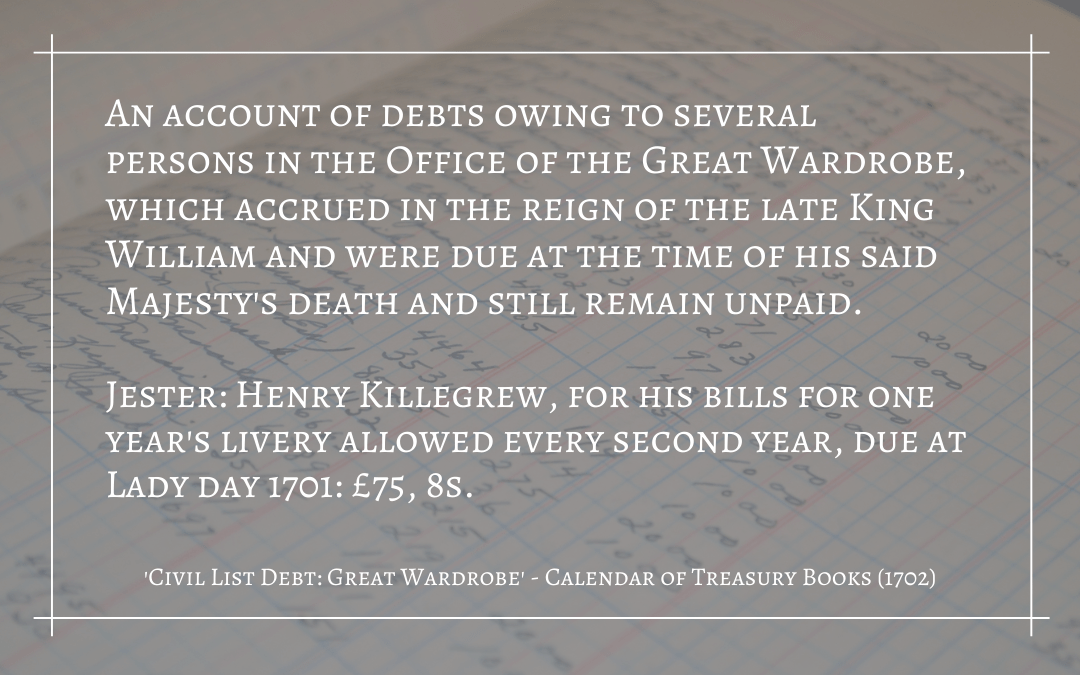 Court account books in Europe provide a rich seam of information on the material care and remuneration paid to jesters.  This entry, however, is the first I have seen which amounts to an IOU.  The ‘late King William’ is clearly William III (better known as William of Orange) who died in 1702.  Among his (many) unpaid bills was this one to Henry Killigrew (1637-1705) for his biennial livery allowance, due in 1701.

It is fascinating to note that the king’s creditors are listed by their role and that Killigrew is given his own specific label of ‘jester’, and that the sum given is quite substantial (£75).  Henry was also the son of Thomas Killigrew (1612-83), dramatist, actor, impresario and de facto jester to Charles II.  We’re now piecing together other references to ‘Young Killigrew’.

Meanwhile, it isn’t clear if the king’s treasury settled the debt.

The Great Wardrobe Account: An account of debts owing to several persons in the Office of the Great Wardrobe, which accrued in the reign of the late King William and were due at the time of his said Majesty’s death and still remain unpaid.

Jester: Henry Killegrew, for his bills for one year’s livery allowed every second year, due at Lady day 1701: £75, 8s.