I no see no nose 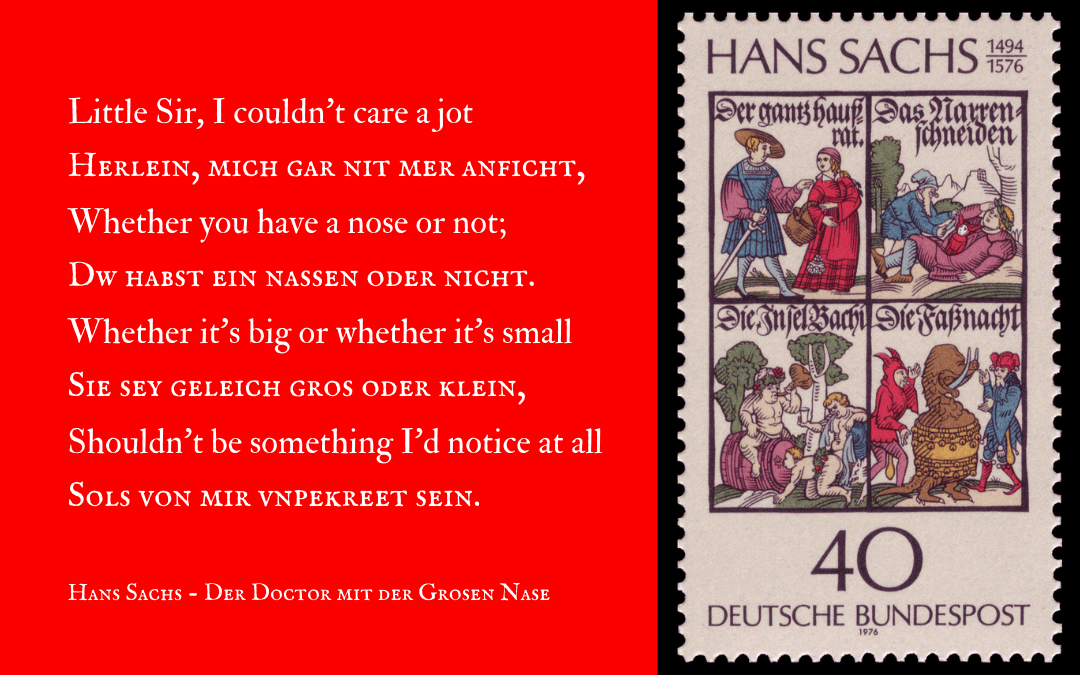 This is from a 16th century German comic play featuring a jester who mocks the real fool of the story, the visiting doctor. The doctor is learned but condescending to his friend, the jester’s master, and disparaging about life in the country even though he is enjoying his friend’s hospitality.

Despite this he is treated courteously and the jester is warned not to make any jokes about the visitor’s big nose (allegedly a symbol of his moral defects), and is dismissed when he pretends to honour the doctor by referring to his nose.  This happens again and again, and the third time the jester feigns indifference to the nose, drawing attention to it by pretending he hasn’t even noticed it:

Whether you have a nose or not;

Shouldn’t be something I’d notice at all

It’s hard to know if the jester is acting like a fool so he can mock the doc with impunity, or if he is a simple person who can’t help blurting out the remarkable fact of the big nose in front of him.  Probably this is a fool-feint…