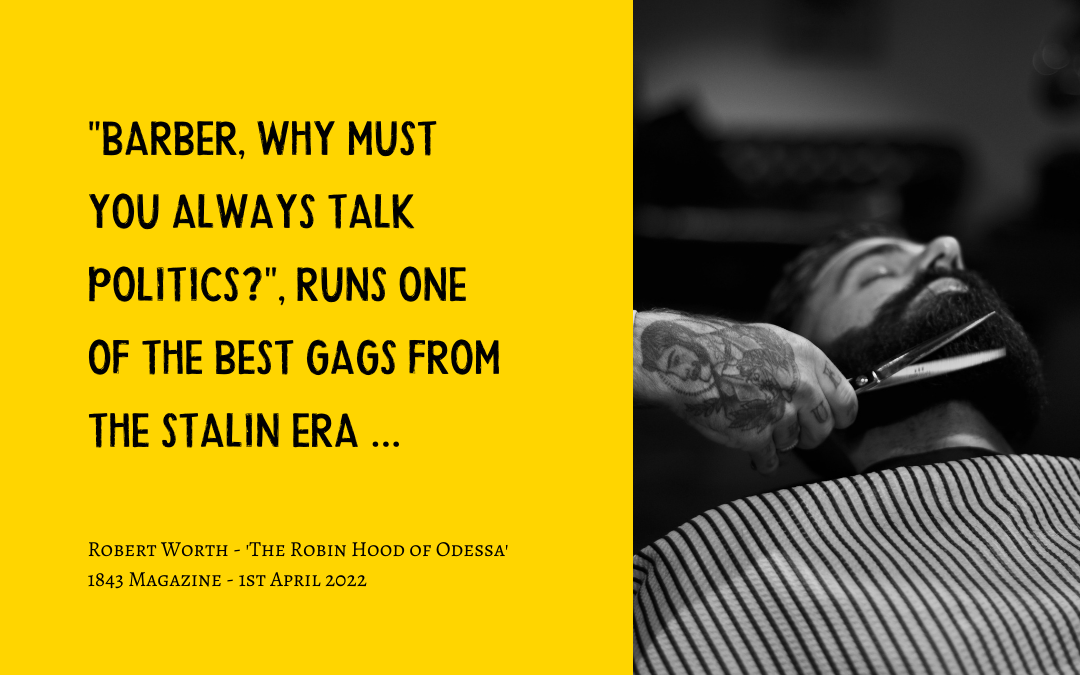 Humour can help people cope and even survive.  As the cartoonist Chappatte put it, it helps us digest the horror of the world, and breathe a little (is that why laughing can also have you take in deep breaths?)

I was glad to read of signs of humour in Odessa and the fact that in happier times they hosted a humour-fest on April Fools’ Day.  And particularly like the barber joke.

The streets of Odessa are mostly deserted these days, but advertising hoardings bear new patriotic slogans. ‘If you mess with Mama, Mama will bury you’, says one, a playful reference to the city’s long-standing nickname, “Mama Odessa”. Joking is intrinsic to Odessa’s identity. The city is known for its comedy clubs and has an annual festival of humour on April Fools’ Day (this year it’s been cancelled) …

Unsurprisingly, the city’s humour has always tended towards the pitch-black. “Barber, why must you always talk politics?” runs one of the best gags from the Stalin era. The answer? “Because your hair is so much easier to cut when it stands on end.”

I love the joke and appreciate humour’s power in survival situations, but still often wonder how far this can go; is anyone cracking jokes in the bunker-tunnels of Mariupol’s steel plant as the vice closes around them?  Perhaps they are, God help them.