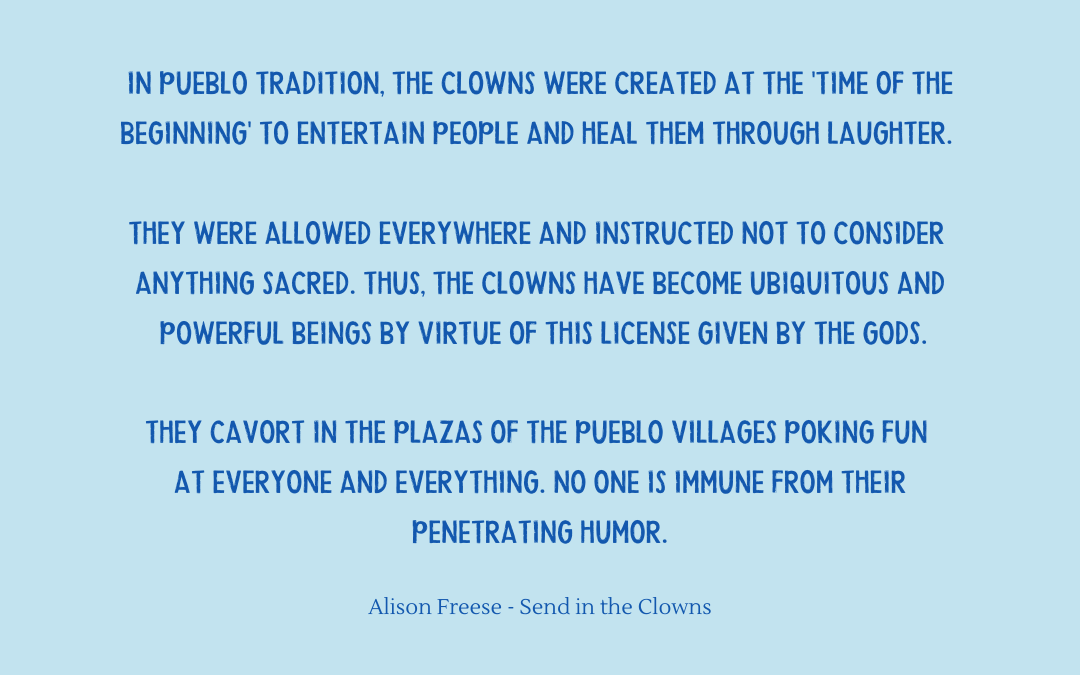 From an excellent study of Pueblo Indian clowns in North America, this is a beautiful and limpid summary of the role of clowns, as apparently bestowed by the gods. In addition to healing through laughter, there is the fact of free access and free expression – ‘allowed everywhere’.  Note that nobody is immune to their humorous mockery.

In this definition, they are fully aligned with the role of court jesters in terms of their licence to mock; the differences lie in that they tend to serve the whole community rather than being closely wedded to the ruler. And in many cases their role is related to ritual rather than being a ‘day (and night) job’.

‘In Pueblo tradition, the clowns were created at the “time of the beginning” to entertain people and heal them through laughter. They were allowed everywhere and instructed not to consider anything sacred. Thus, the clowns have become ubiquitous and powerful beings by virtue of this license given by the gods. They cavort in the plazas of the Pueblo villages poking fun at everyone and everything. No one is immune from their penetrating humor.’

Source: Alison Freese, `Send in the Clowns: An Ethnohistorical Analysis of the Sacred Clowns’ Role in Cultural Boundary Maintenance Among the Pueblo Indians’ (doctoral thesis, University of New Mexico, 1991), p. 3