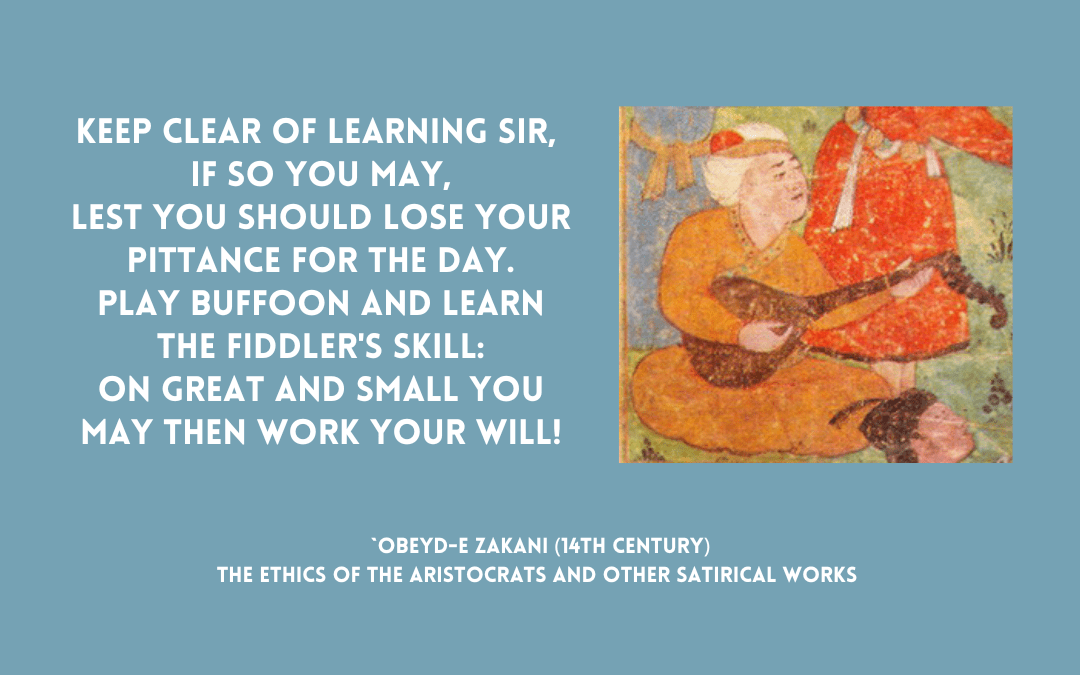 A famous fourteenth century Persian poet, `Obeyd-e Zakani, known for his satire, wittily dittily sums up how you can influence people – forget learning and wisdom, just stick to fooling and fiddling.

Keep clear of learning sir, if so you may,

Lest you should lose your pittance for the day.

On great and small you may then work your will!

Might there just be a soupçon of sour grapes here?  He wouldn’t be the first to gripe about fools having readier access to those in power than more deserving types.  Listen to Ariosto (1474-1533) get on his high horse about this, along with Garzoni.