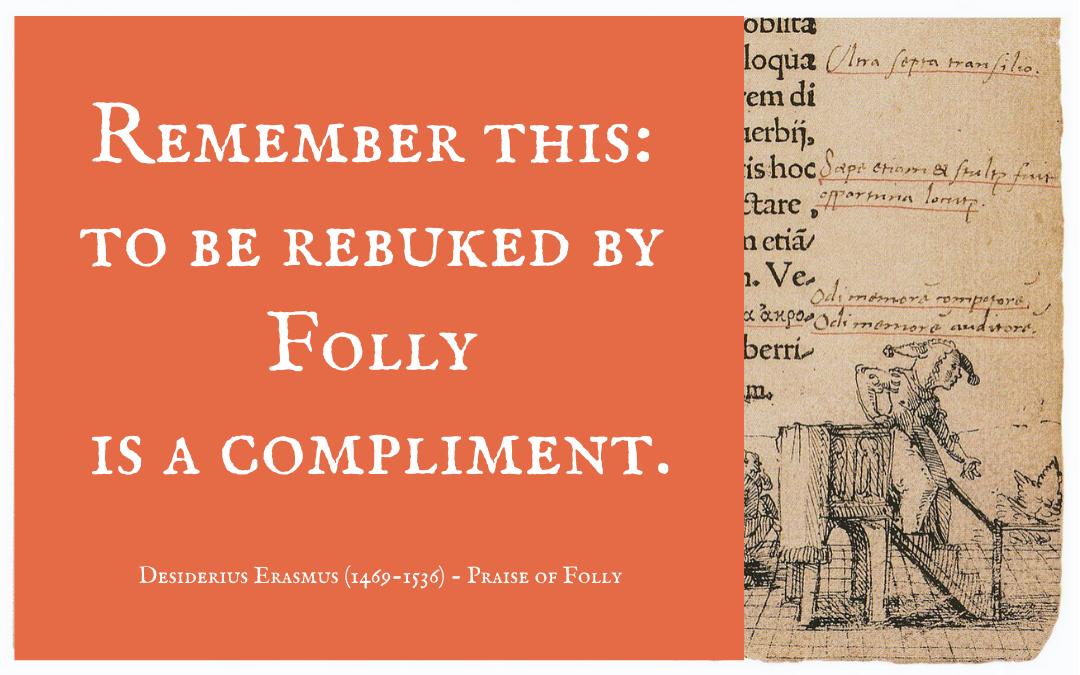 Erasmus’ Folly yet again turns things on their head, assuring us that her rebukes are a compliment. Presumably, if she bothers to upbraid you, you must have the potential for improvement.

But note too how she castigates the failure of fools to identify what is loathsome by staying in the safer space of simply mocking the laughable. She thereby highlights one of the key facets that distinguishes jesters from other entertainers – the expectation that they will and should occasionally use their talents and licence to stir up ‘the hidden cesspool of wickedness’. Kick up a stink about it, in other words.

We need them now as much as ever.

‘Unlike Juvenal, we’ve left unstirred the hidden cesspool of wickedness; we’ve made it our business to identify what’s laughable rather than what’s loathsome. If there are some that can’t be won round even by these arguments, let them at least remember this: to be rebuked by Folly is a compliment.’

The illustration is from Holbein’s marvelous marginal sketches in an early edition of the Erasmus masterpiece.

Image credit: Hans Holbein (1497/98-1543) – Folly Steps Down From the Pulpit, pen and ink marginal drawing in a copy of The Praise of Folly 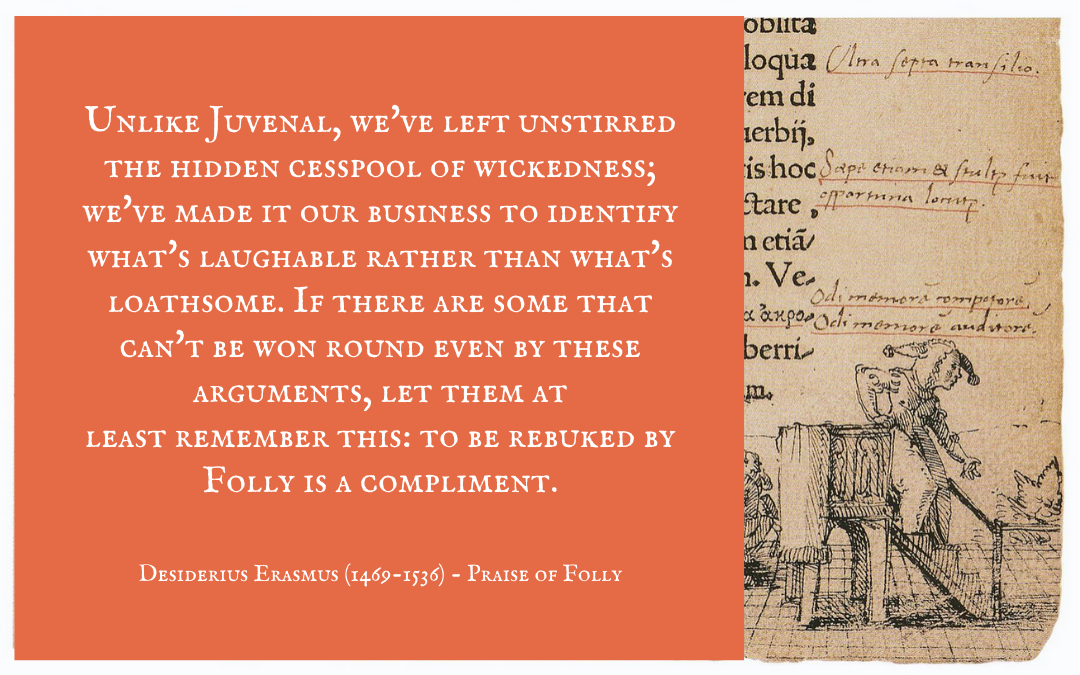