Falling flat on your face 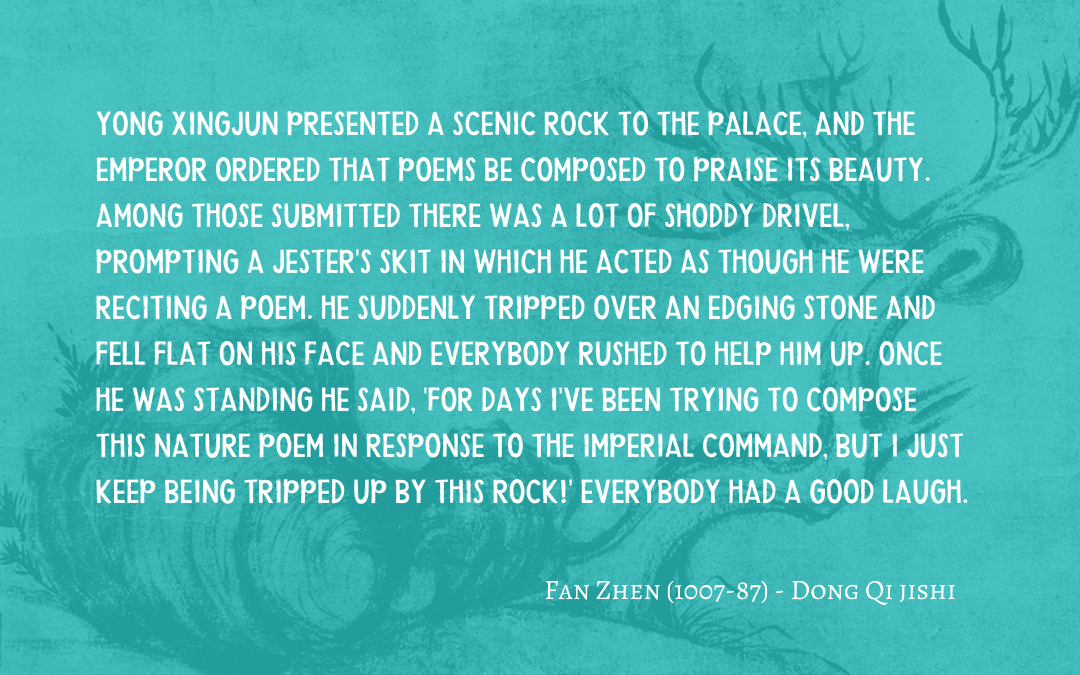 The capacity to compose poems was long a critical skill among China’s elite.  Similarly, the ability to come up with rhymes or ditties was a common qualification of jesters, complementing all round verbal quick wittedness.

In this anecdote, a Chinese jester may have helped get some courtiers off the poetic hook, by making a fun skit out of the difficulty of composing a good poem in response to royal command. 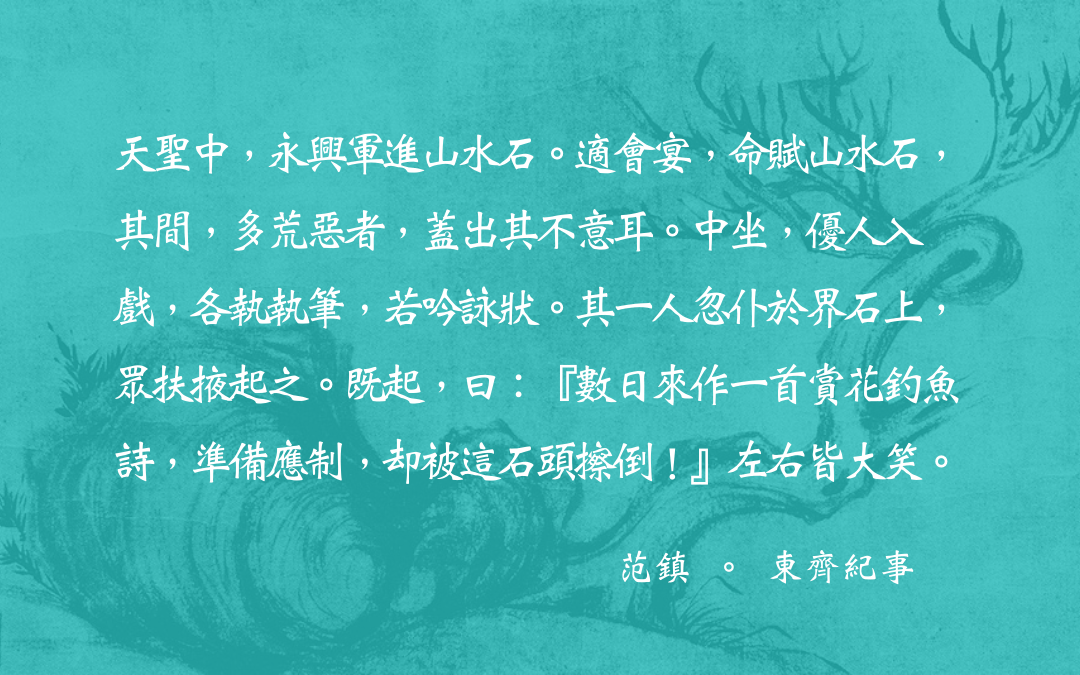 During the Tiansheng reign period (1023-32) of Song Renzong 宋仁宗, Yong Xingjun presented a scenic rock to the palace, and the emperor ordered that poems be composed to praise its beauty.  Among those submitted there was a lot of shoddy drivel, prompting a jester’s skit in which he acted as though he were reciting a poem.  He suddenly tripped over an edging stone and fell flat on his face and everybody rushed to help him up.  Once he was standing he said, ‘For days I’ve been trying to compose this nature poem in response to the imperial command, but I just keep being tripped up by this rock!’  Everybody had a good laugh.