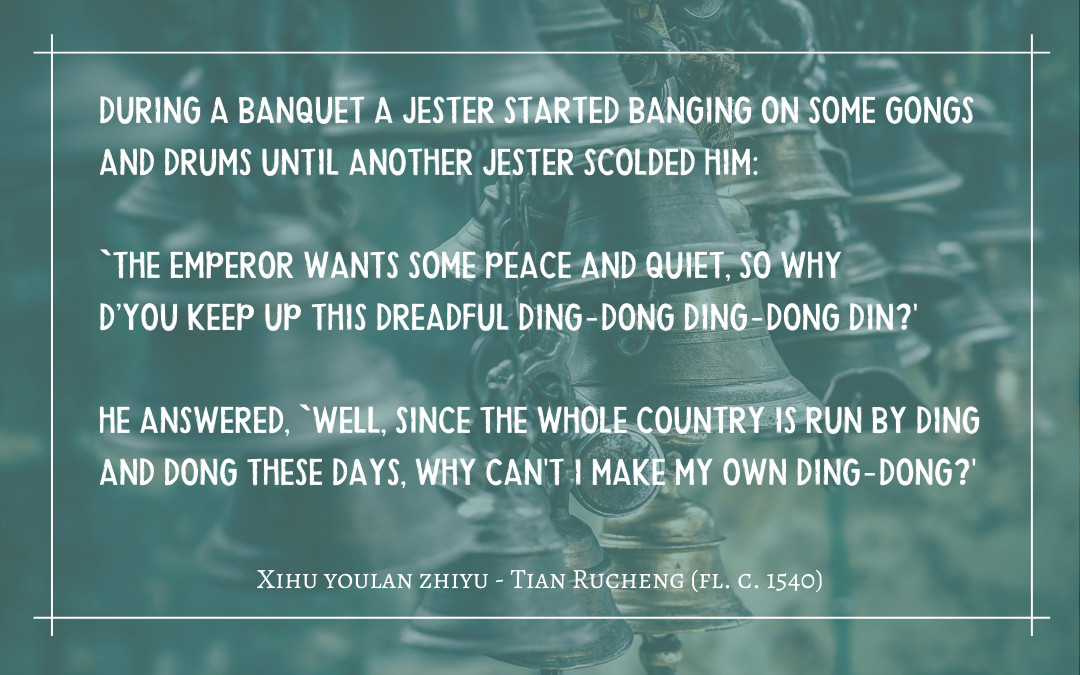 A common technique among Chinese jesters was to put together a skit to get a point across to the Emperor, in this resembling something of the use made in the Elizabethan court of masques and similar performances, as a vehicle to convey a message without directly confronting the monarch.

In this case, the jesters sought to highlight the excessive power of the Prime Minister and another high ranking official. 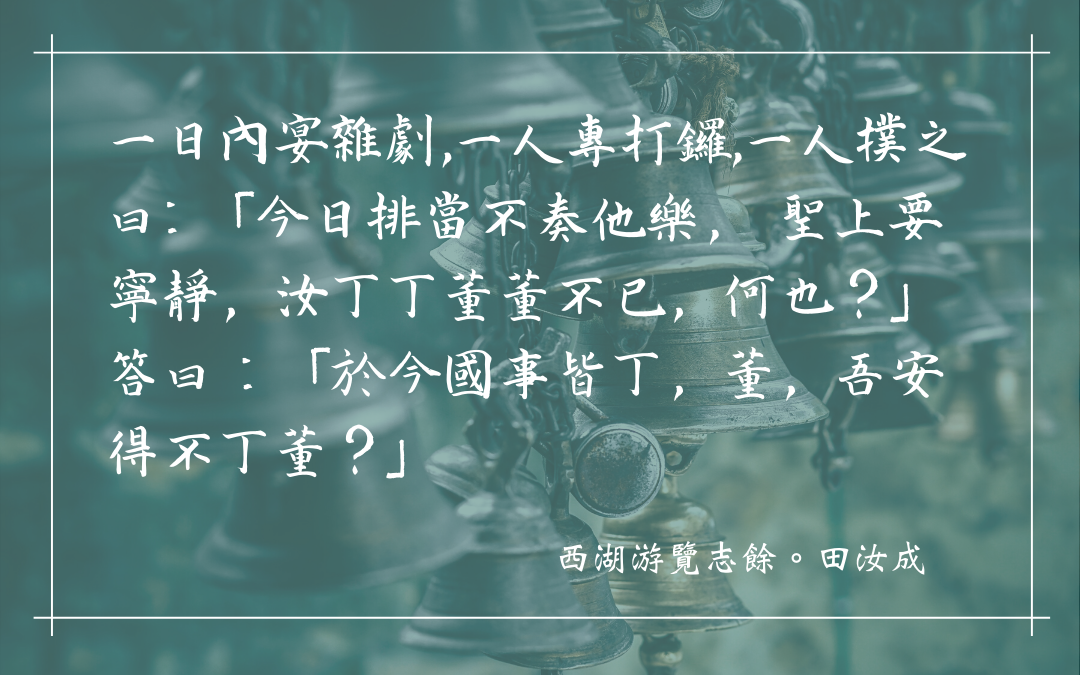 During the Baoyou reign period (1253-58) of Emperor Lizong 宋理宗 (r. 1224-64), Prime Minister Ding Daquan丁大全 (?-1263) was in cahoots with Dong Songchen 董宋臣, and between them they monopolized power with the backing of the emperor.  Making a pun on their surnames, the jesters put on a skit during a banquet, with one of them banging on some gongs and drums until another jester scolded him:

`The emperor wants some peace and quiet, so why d’you keep up this dreadful ding-dong ding-dong din?’  He answered, `Well, since the whole country is run by Ding and Dong these days, why can’t I make my own ding-dong?’

See a later example of such a pun-deploying skit.