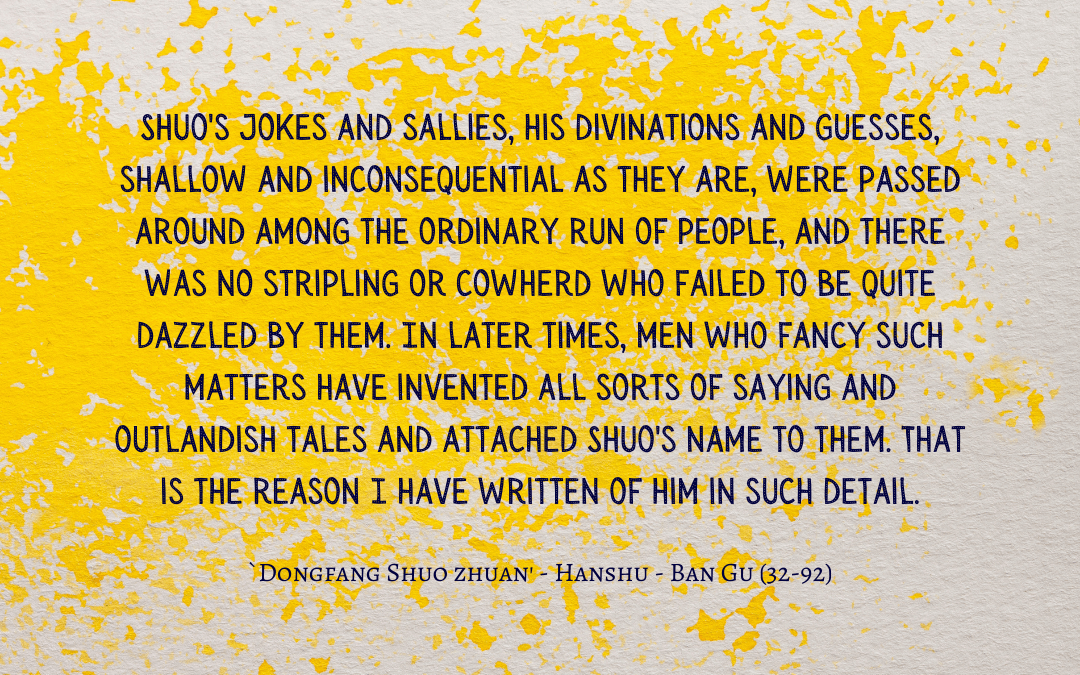 Dongfang Shuo 東方朔 (c. 160 – c. 93 BCE), sometime jester to emperor Han Wudi 漢武帝 (r. 141-87 BCE), appears to have been one of those who developed a reputation among ordinary people for their wit, with their wisecracks becoming common currency.

Ban Gu’s 班固 (32-92) comment suggests Dongfang Shuo had a popular status resembling Birbal or Tenali Rama in India, or Robert Armin and Richard Tarlton in England.  In this sense, he qualifies as one type of ‘folk fool’, those historical individuals who acquired legendary status and to whom embellished or even made up stories could be attributed.

Ban Gu’s history of the Han dynasty includes a detailed biography of Dongfang Shuo, who is also included in Sima Qian’s 司馬遷 (c. 145-86 BC) Biographies of Jesters, and elsewhere. We’ve opened a foolology file on him and will keep you posted when we’ve lined up a few more materials.

Shuo’s jokes and sallies, his divinations and guesses, shallow and inconsequential as they are, were passed around among the ordinary run of people, and there was no stripling or cowherd who failed to be quite dazzled by them.  In later times, men who fancy such matters have invented all sorts of saying and outlandish tales and attached Shuo’s name to them.  That is the reason I have written of him in such detail.

He was known for setting impossible riddles and solving others’, and also for speaking out when he saw the emperor’s mood was right.  See one of many depictions of him, this lively one by a Japanese artist. 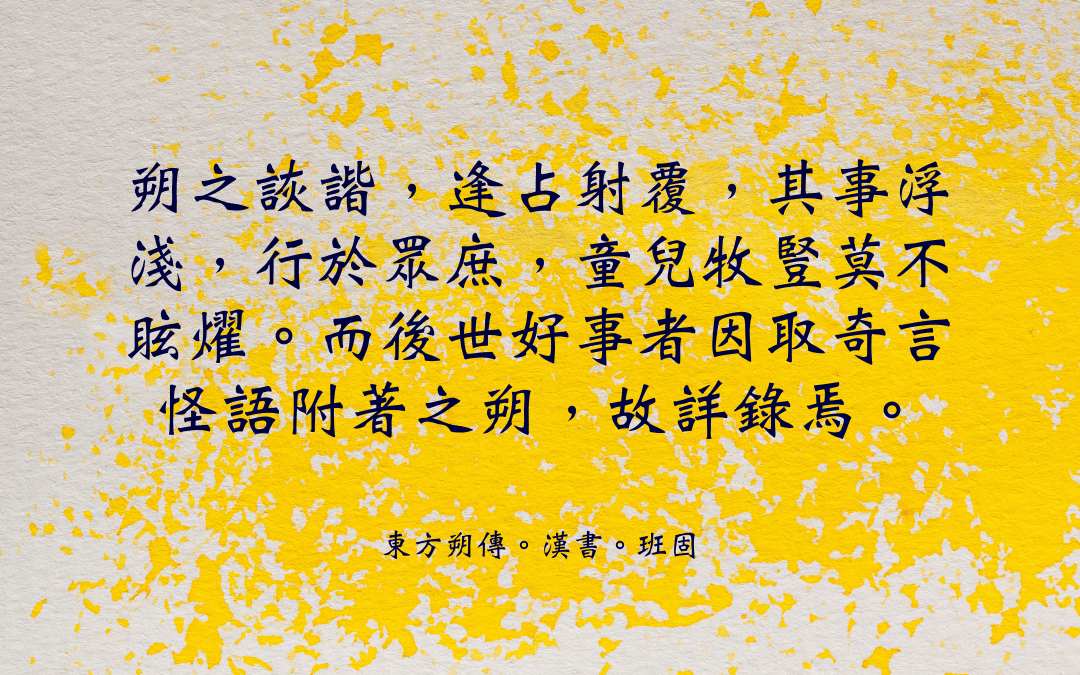