Damask for the fool 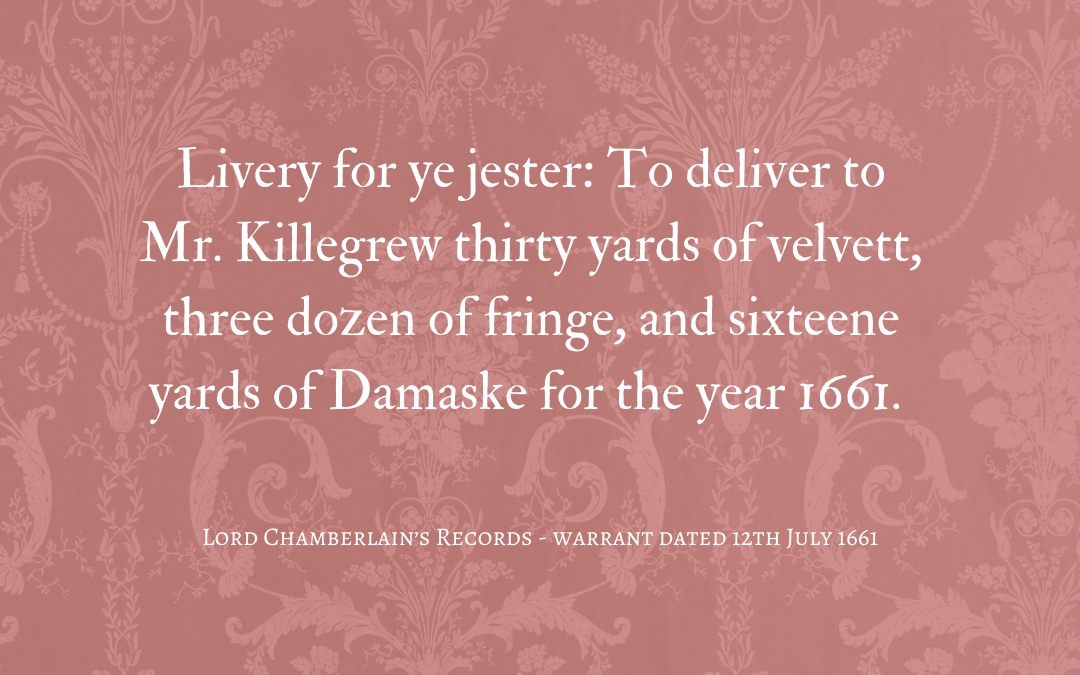 In Europe, court account books are a mine of information concerning payments, in cash and kind, made to jesters.  This gives us some insight into the extent to which they could be cared for, if not downright cossetted, and some indication of their clothing, which was regularly of quite sumptuous stuff, perhaps particularly in the 16th and 17th centuries.

Here is a luxurious shopping list for Thomas Killigrew (1612-83), from the Lord Chamberlain’s Records.  Killigrew was an actor, a theatre manager and the king’s jester.  It is interesting to note that this provision is made under the heading ‘Livery for the jester’.

The Lord Chamberlain’s Records contain a copy of a warrant dated 12th July 1661, ‘to deliver to Mr. Killegrew thirty yards of velvett, three dozen of fringe, and sixteene yards of Damaske for the year 1661’.  The heading for this entry is ‘Livery for ye jester’.

Also of note, some decades later there is a similar reference to a jester’s livery in the Wardrobe Accounts – fascinating for being allocated to Thomas Killigrew’s son Henry (1637-1705), suggesting that jesterdom could run in families, and for the fact that the entry amounts to an IOU.