A cure for carousing 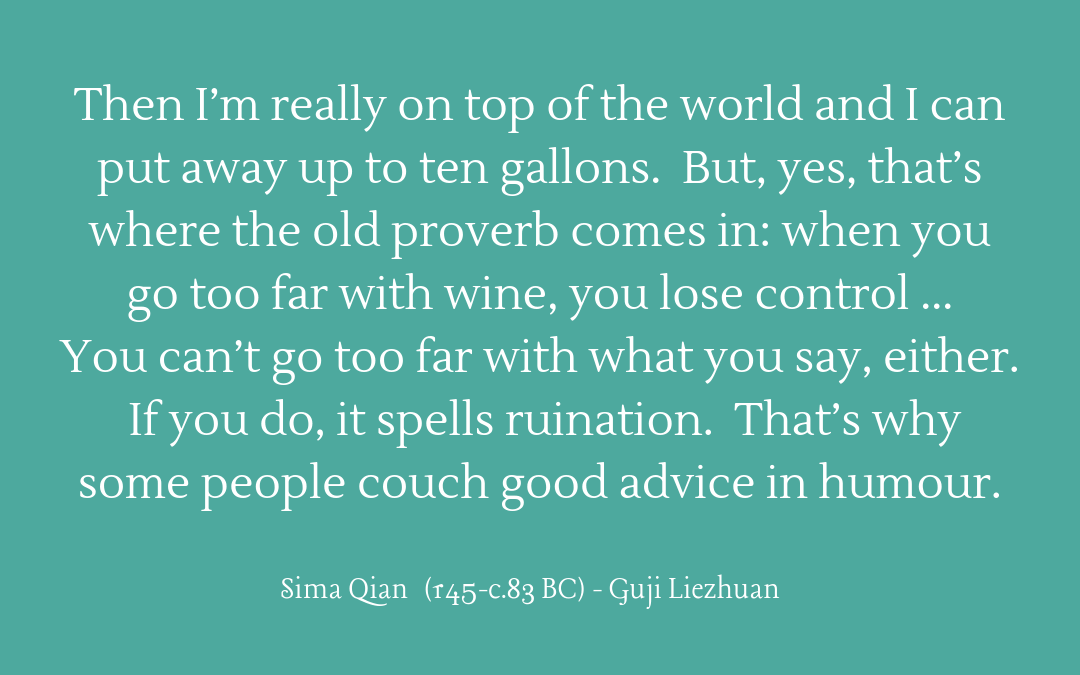 A common theme in the interactions between fools and kings is the need to rein in regal carousing or other forms of distraction from the affairs of state.

On one occasion Chunyu Kun (Baldy Chunyu 淳于髡) used a riddle to talk Weiwang of Qi (c. 356-319 BC, whose name has been neatly translated as King Awesome) out of his boozy excesses.

On another occasion the king invited Baldy to a private wine party and asked him how much it took to make him drunk.  Baldy framed his response to gently hint that the king could do with exercising some self-restraint. He also made an oblique reference to couching criticism in humour.  Firstly, though, he answers the king’s question, explaining that on formal occasions he only needed a gallon, but the more relaxed the atmosphere, the more he could quaff:

“Then I’m really on top of the world and I can put away up to ten gallons.  But, yes, that’s where the old proverb comes in: When you go too far with wine, you lose control; a surfeit of pleasure brings a host of sorrows.  It’s the same with everything, mind you.  You can’t go too far with what you say, either.  If you do, it spells ruination. That’s why some people couch good advice in humour.”

This persuaded the king to give up his unrestrained boozing and make Baldy his `chamberlain in charge of receptions for visiting foreign princes and ambassadors, and whenever he attended parties given by royal clansmen and nobility, Baldy was always at his side’.

See another example of Baldy’s witty intercession – this time using a riddle to snap the king out of his dereliction of duty. 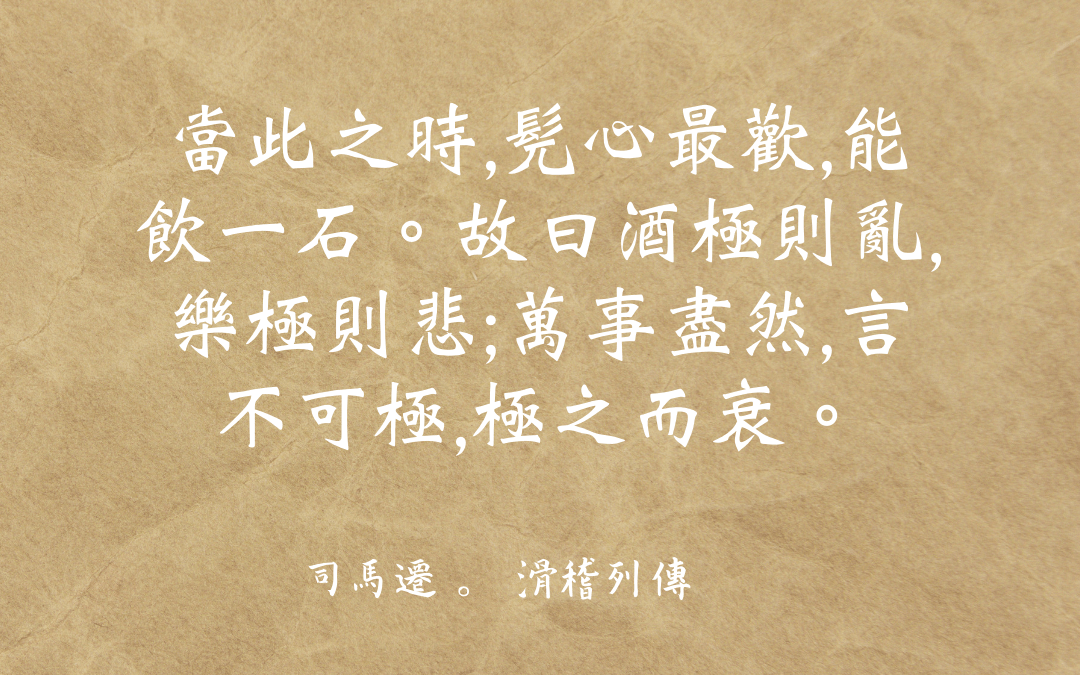