A crown for a cap 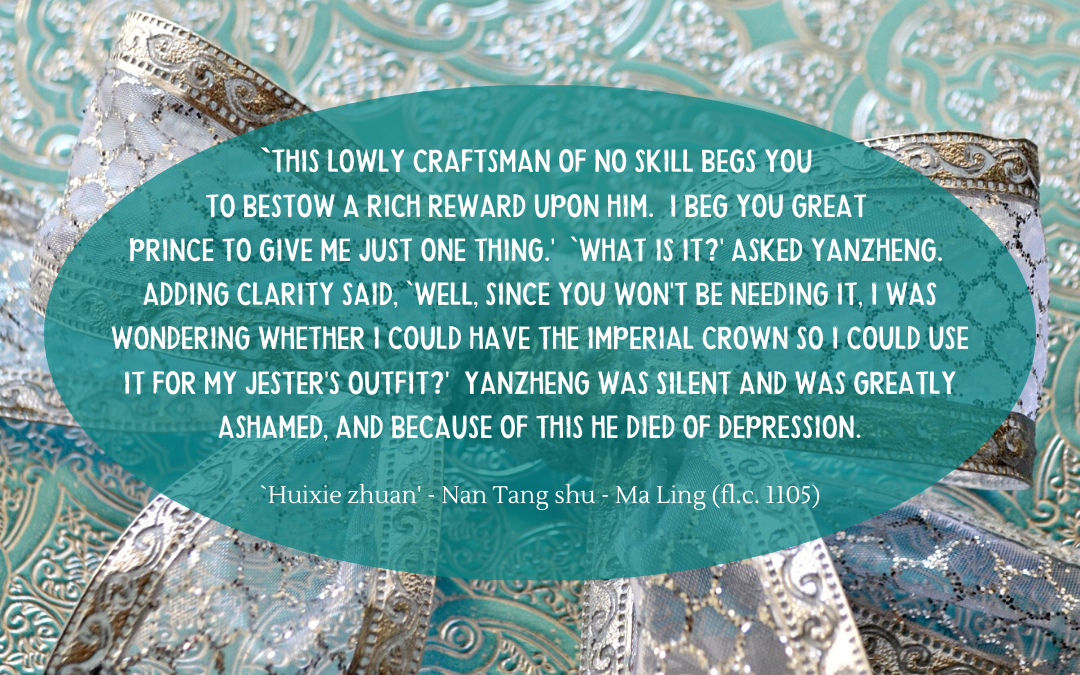 Let it not be imagined that only the ruler was subjected to the mocking correctives of the jester; other members of the court were just as readily upbraided.  The Southern Tang jester Li Jiaming (李家明 Adding Clarity Li) once mocked Wang Yanzheng (王延政), the prefect of Jianzhou who had tried to found his own dynasty only to surrender three years later to Yuanzong, ruler of the Southern Tang 南唐元宗 (r. 943-61).  Wang was known to be miserly and so Yuanzong’s jester asked him for a gift, addressing him with apparent humility: 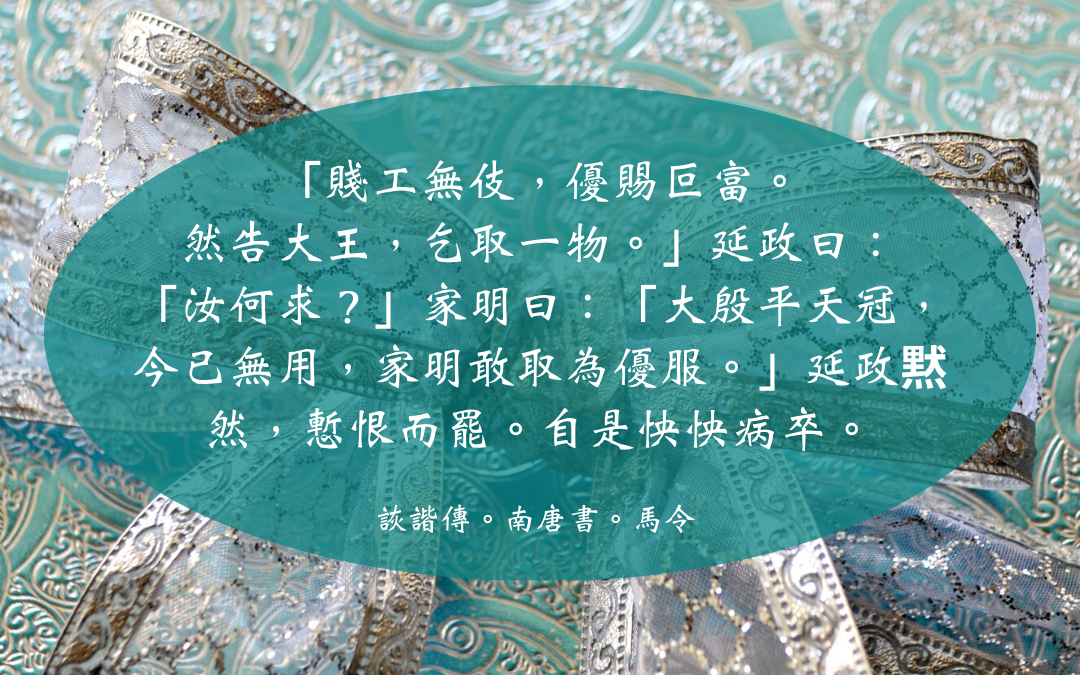 `This lowly craftsman of no skill begs you to bestow a rich reward upon him.  I beg you great prince to give me just one thing.’  `What is it?’ asked Yanzheng.  Adding Clarity said, `Well, since you won’t be needing it, I was wondering whether I could have the imperial crown so I could use it for my jester’s outfit?’  Yanzheng was silent and was greatly ashamed, and because of this he died of depression.

See an account of Adding Clarity using verse to shame the emperor, a note on the emperor’s liking to have the jester travel with him, and lastly, Adding Clarity’s trickery to get the emperor to pay for his mother’s funeral.