Clearing out the court 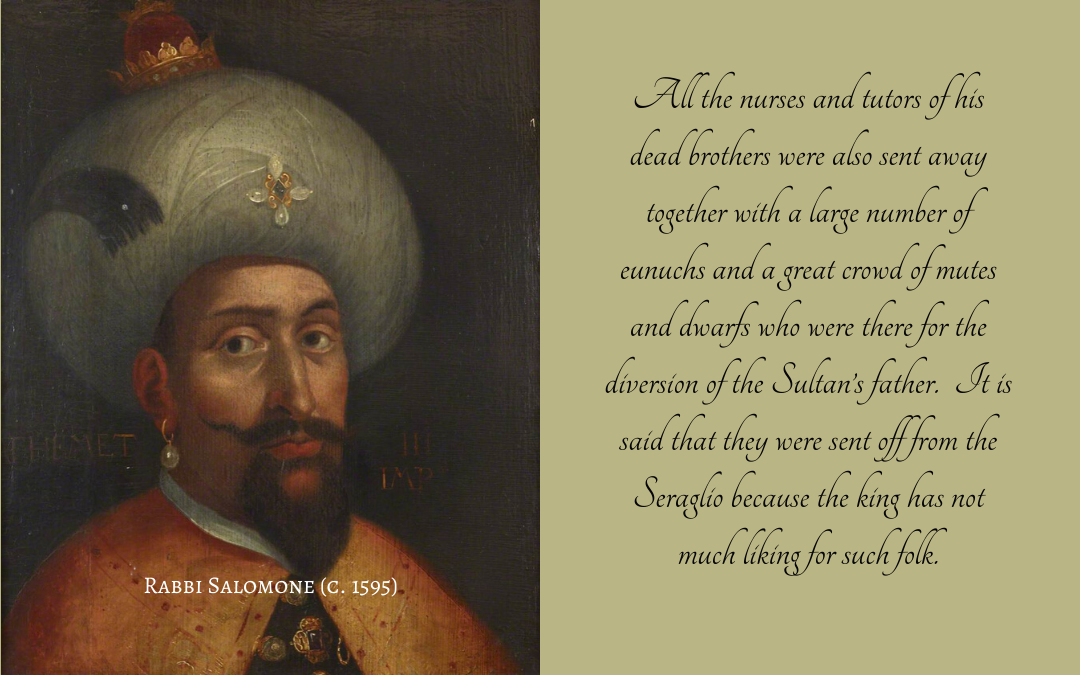 An interesting example of a king who didn’t want a court full of mutes and dwarfs, and so had them sent away when he ascended the throne.  Dwarfs in particular had some overlap with jesters, serving as close companions and providing diversion, even though it should not be assumed they are automatically synonymous; not all dwarfs were jesters any more than all jesters were dwarfs.

Here a contemporary report on the accession of Mehmet III (r. 1595-1603) mentions his antipathy to ‘such folk’:

‘All the nurses and tutors of his dead brothers were also sent away together with a large number of eunuchs and a great crowd of mutes and dwarfs who were there for the diversion of the Sultan’s father.  It is said that they were sent off from the Seraglio because the king has not much liking for such folk.’

Source: Rabbi Salomone, report prepared for the English ambassador, quoted in Inside the Seraglio: Private Lives of the Sultans in Istanbul, John Freely (London: Penguin, 2000 [1999]), p. 90