Can’t live without you 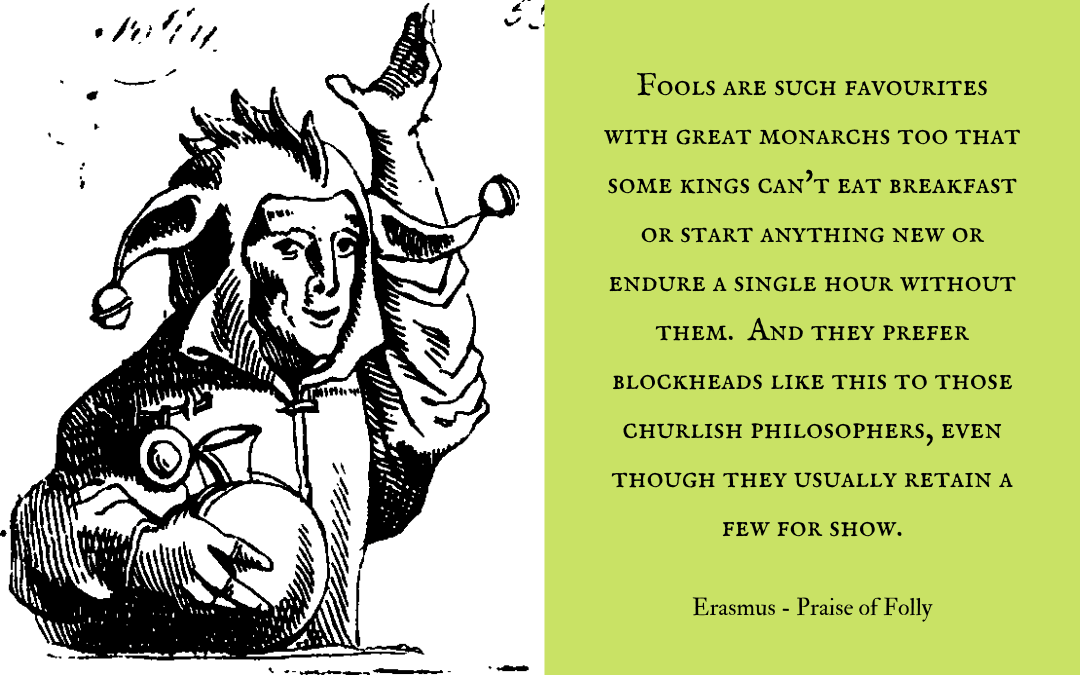 Here the charming, wise and witty Lady Folly merrily explains why any king worth his salt would surround himself with fools in preference to churlish philosophers. I particularly like the idea of keeping the latter ‘for show’.

Erasmus’ timeless Praise of Folly is a masterpiece of cogent argument wrapped in irresistible gossamer lightness.

‘Fools are such favourites with great monarchs too that some kings can’t eat breakfast or start anything new or endure a single hour without them.  And they prefer blockheads like this to those churlish philosophers, even though they usually retain a few for show. And why should they not prefer fools?  It’s not hard to see, nor should it be surprising: intellectuals seldom bring any cheer to rulers; confident in their learning, they’re not shy on occasion of “etching tender ears with acid truths”. Buffoons, on the other hand, offer the one thing that rulers hanker after from anywhere: jests, laughter, guffaws and entertainment.’

For an Arabic example of rulers being unable to survive an hour without their fool, see the 1001 Nights.