Buffoons in the seraglio 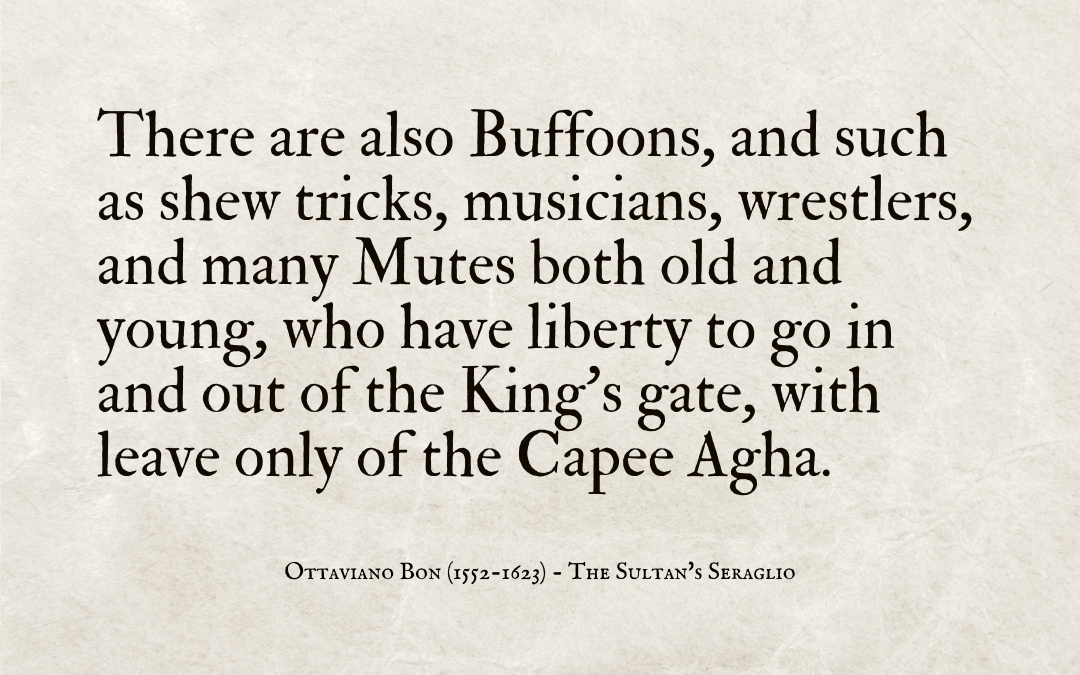 ‘There are also Buffoons, and such as shew tricks, musicians, wrestlers, and many Mutes both old and young, who have liberty to go in and out of the King’s gate, with leave only of the Capee Agha.  It is worth the observations that in the Seraglio both the Grand Seignor, and divers that are about him, can reason and discourse with the Mutes of any thing, as well and as distinctly … by nods and signs, as they can with words.’

The Ottoman court had a mix of mutes, dwarfs, eunuchs and buffoons, with some overlap among them.  Interestingly, Ahmet’s predecessor got rid of ‘crowds’ of them on his accession, as he had no taste for ‘such folk’.

See also the wide-ranging thesis by Ayşe Ezgi Dikici, covering the same period and bringing to light more examples, including the differences and similarities among these types.